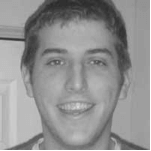 We never really think about who is behind the social media accounts of our favorite companies. It’s not as if the real Old Spice guy is sending out tweets…

“Collegiate athletes do more than play basketball, they also learn math and kissing techniques that can’t be found in the private sector”

“Can I promise that this new wallpaper will not cause your computer to erupt into flames, helicopters and hotdogs? Nope.”

“A new pad device was just announced. Seems cool, but I doubt it can replace my space helicopter pad as my favorite pad-based belonging.”

…but someone has taken on the personality of the Old Spice famed spokesperson in order to promote their product in an entertaining fashion.

Very rarely do owners and CEOs of companies take on the responsibility of running their own social media accounts. This task is usually taken on by someone in the marketing department or a person whose sole position is dedicated to Facebook, Twitter, Google+, LinkedIn, and more.

These individuals are the social voice of the company geared to inform fans of their products, services, events, coupons, and other specials. Many are also asked to interact and try and stir up conversation.

Last February, Pat Fitzgerald, the head football coach at Northwestern University, learned the hard way what happens when someone else expresses opinions for you. “He” tweeted:

“There’s finally a NBA player who plays hard and says the right things off the court.”

He was referring to the Asian-American professional basketball player, Jeremy Lin, who exploded onto the scene a couple months ago.

Fitzgerald took backlash for this as Chicago Bulls fans exclaimed he obviously hadn’t watched Derrick Rose, who plays in his own backyard (Northwestern is also in Chicago).

People went as far as to call him racist for something that was meant to be a compliment to Lin. Biggest problem…Fitzgerald didn’t even write the tweet. The director of football operations, Cody Cejda, was responsible for the remark.

Think Before You Send

This is where the trust comes into play. The person in charge of a company’s social media accounts must be able to use good judgment when it comes to who and what they are talking about.

Fitzgerald may not be as recognizable as Coca-Cola or Pepsi, but he is the brand of the football program and one of the leading faces of Northwestern University.

There a few seemingly common sense filters that should be considered before publishing.

Mat Powers is an Internet marketer at Blue Soda Promo, an eCommerce promotional products company based in the Chicagoland area.