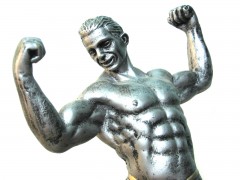 In the 1990s, one of the metrics we used at our newspaper to measure reader engagement was letters to the editor.

I relished in them, especially when we had more than our competitors.

To me, they were a sure sign that readers felt what we reported on was important.

Reader engagement. Building a community. These were as vital before the Internet as they are today.

About eight years ago, I was editor and publisher of a newspaper, and we became embroiled in a huge story. By the time all was said and done, the mayor and vice-mayor of the town had been thrown out of office in a special recall election, the city manager and assistant city manager had been fired, and a charter amendment passed that was designed to keep certain valuable city property from being sold without the public’s consent.

When things started smelling a little funny and we, as in the newspaper, started reporting the story, we were alone. There were “warnings” and attempts to bribe the staff. There were efforts to get my boss to fire me. A lot of people were calling us very bad things.

It took several months for the truth in what we were reporting to start percolating in people’s brains.

Finally, more and more started to think, “Wait a minute. The paper’s on to something here.”

The recall election highlighted the largest voter turnout in the city’s history, and about 75 percent of voters voted in favor of recall.

But it was touch and go for a while, and on more than one occasion I was very concerned for the physical safety of my staff.

It was through community and relationships that we were able to sustain during those few hard months.

Where Did this Community Come From?

Community and relationships started well before our reporting on this story. The community support was already built before we needed it.

Much of it was traditional. We sponsored Little League teams and the Christmas parade, gave a high school senior a scholarship, and were involved in Rotary, the Chamber of Commerce, and downtown merchants groups, and we volunteered on a variety of festival committees.

The other thing we did was establish and maintain pretty liberal policies in regards to comments on the website, letters to the editor, and even guest columns and editorials.

I maintained my open door policy for the public, which proved very challenging.

This was important for a couple of reasons. As a member of the board of directors of the Chamber of Commerce, I had relationships in place. I was able to go speak to key business leaders about what was happening, shoring up the advertising support.

More importantly, they also became a subtle (and sometimes not so subtle) group of defenders.

Nobody could say we were uncaring because our contributions and sponsorships of youth causes was so very well-documented. I believe that helped.

And when things got really bad, no one could say we were suppressing opposing views because we ran every single letter to the editor they sent us and we deleted no comments.

Our paper had what we called a reader advisory board. They got paid with a free subscription, a t-shirt, and a free monthly lunch.

During their monthly meetings, I had two jobs: Listen and answer questions.

Notice that “defend” was not one of them.

Members of the readership advisory board were also allowed to attend our news budget meetings and a few other planning type sessions.

“Jennifer” was a local business owner and friend of the vice mayor. She was convinced our reporting was the result of having been paid off and was a critic of me and the newspaper. She wrote letters to the editor which I published, letters so caustic my competitor refused to publish them.

I put her on the board.

The first couple of board meetings and budget meetings were hard. The caustic feel carried from paper to face-to-face.

However, in time, her attitude began to change. She saw how we did our work and how we made our news decisions. She became a part of the process.

I would like to say we won her over (we didn’t), however, her approach became more about supporting her friend rather than being an enemy of the paper.

The real victory in my mind came many months after the recall when her tenure on the board ended. Her free subscription was expiring and she handed me a check to continue her subscription.

Yes, that was a newspaper and this is a digital world, but the foundations of building community are the same.

The most important thing is you have to genuinely care.

Our paper did not offer a scholarship because it looks good. We did it because we were in a low-income city and higher education is important.

We wanted to help!

Here are a few tips to building community:

When you talk to them, zip your mouth, and listen. Open it only to answer a question and don’t be defensive.

Building a community isn’t rocket science. However, it takes time, real caring, and deliberate effort. And I’m here to tell you, that community can save your hide.

Building Community: A Step-By-Step Process to Getting Started

Why Community Building Is a Responsibility In Times of Crisis