With the news last night of Osama Bin Laden being killed, I’m not sure anything PR or marketing related today is appropriate.

I made the joke late that I was sure the President was so threatened by Spin Sucks Pro that he had to upstage us. Or maybe he was really wanting the attention back on the United States after the Royal Wedding.

Kind of funny? OK. Probably not.

What is interesting, though, and totally not a joke, is how the news unfolded as we watched this historical event.

First, the traditional media began to announce there were reports that Bin Laden was dead and they were waiting for Obama to make the announcement. The New York Times online, in addition to listening to George Stephanopoulos on ABC in the background, was the first place we looked. 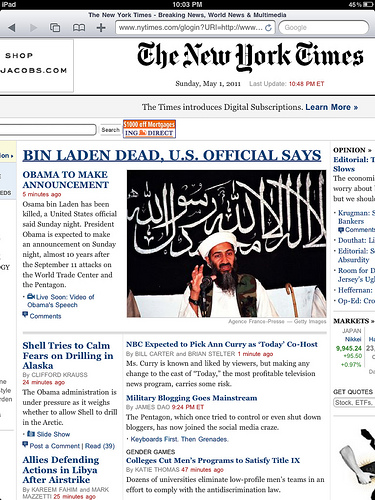 But, as you know, it’s impossible to get any news from the Times without paying for it. Then Mr. D’s phone rang and my text messages lit up. And that’s when we decided to go to the Twitter to see what additional information we could get. 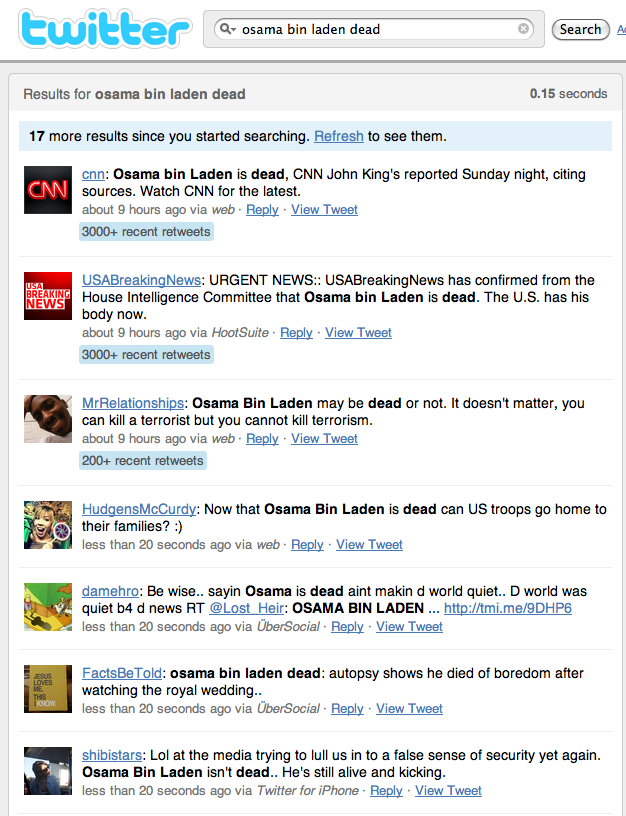 The thing I find most interesting is, two years ago when Twitter was just becoming a household name, national media would scoff at “news” being released on the social network. Before anyone had announced Natasha Richardson had died while skiing, news of her death was on Twitter not hours, but days, before traditional media confirmed it.

Then, as traditional media began to feel the effects, you started to see the ticker at the bottom of news programs and on websites that said, “Such and such being told on Twitter. We’re waiting to confirm it.”

And now, within mere minutes, people around the world are creating Facebook pages and nearly 300,000 people are rallied in support (this is nine hours after it was created). 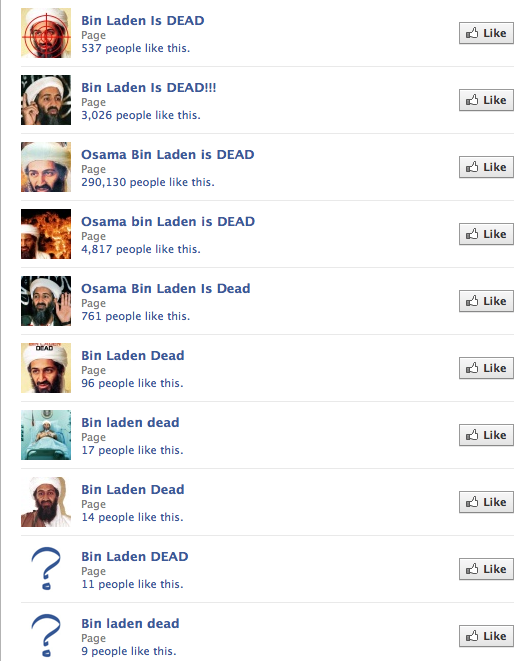 And tools, such as Storify, have aggregated the information into one spot for you to quickly scan and review what’s most interesting.

The world, it is a changin’, and it’s happening much more quickly than anything in history.

Not only have we had two historic events in the span of three days, but we’ve watched social media used effectively and efficiently to tell the stories…in a matter of mere seconds.

Are we, perhaps, entering the social media revolution?