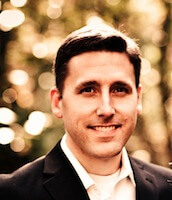 When I was a young Lieutenant in the Army there was a crusty Sergeant who enjoyed making my life difficult by telling me why I couldn’t do things.

He would always preface his thwarts with the phrase “by regulation.” One day my boss asked me about a project I was working on and I informed him that “by regulation” there were some restrictions to what I could do.

His response was simply, “What regulation?”

When I discovered the cited regulations didn’t exist, I gained a healthy appreciation for skepticism.

These days my skepticism kicks in when I read sensational articles around “social media.” With all of the nuances of different platforms, social media is a huge umbrella that encompasses some very specific tools.

Considering the range of services informing our perspectives, “social media” becomes quite an opaque concept.

Don’t Accept Everything At Face Value

And here are two reasons why:

It’s sensational and provocative to make sweeping generalizations about social media (or anything for that matter). As my experience in the Army taught me it’s important to dig a little deeper if it informs our decisions better.

Tacit acceptance of something that has been printed or repeated makes us vulnerable to spin. And spin sucks.

Jim Dougherty writes about social media and technology on his site Leaders West and for the Bay Observer blog. You can follow him on Twitter @leaderswest.