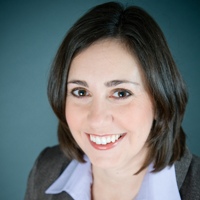 It may sound funny, but I have a true story of how pie and social media helped build community.

I decided a couple of years ago I would master the art of pie making and therefore become the relative and friend everyone knows for making really fine pies.

When I’m not baking, I work in public relations and, more broadly, reputation management. Dealing with intangibles all day made me crave hands-on activities. There’s nothing quite as satisfying as rolling out a crust at the end of a long day, filling it with something sweet, and presenting it to my family or friends for an all-too-brief period of consumption.

In a strange convergence of personal interest and professional passion, I helped develop a local pie festival that began with a challenge on Twitter. In my town, pie became an excellent vehicle for creating community. It was also instrumental in demonstrating social media as a communications and community-building tool.

I’ve shared and demonstrated my passion for pie on my personal blog, on Twitter, and on Facebook. I often share pie with people in my social network. I’ve given pies as rewards to Standing Partnership colleagues for a job well done and to people leaving comments on my blog (interestingly attracting as many business prospects as friends and pie-enthusiasts). Trust me: It’s difficult to refuse someone bearing fruit baked into a tender, flaky crust.

What I’ve learned is this: If you’re passionate about something, share it wide and far. The community will create itself around what you have to share, and you’ll end up developing deeper, richer relationships with the people who comprise your social network.

As a vice president and manager of St. Louis-based reputation management firm Standing Partnership’s satellite office in Charlottesville, Va., Marijean Jaggers is a social media specialist providing education and counsel to clients in several industries in the U.S. and Europe.