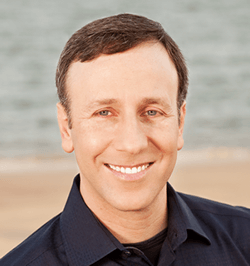 I was doing my due diligence on today’s #FollowFriday and was shocked to learn I’ve never recommended Adam Toporek.

What the heck is wrong with me?

Adam is an IRL (in real life) friend and social media friend and it’s rather shocking I’ve never introduced him to you.

For those of you who hang out in the comments here, you likely already know him. But, for the rest of you, you’re in for a treat!

I met Adam in Orlando at the PRSA International Conference, when Martin Waxman, Joe Thornley, and I (via Inside PR) hosted a cocktail reception on the opening night.

He and Bill Dorman made the trek over to meet me and attend the reception to meet other friends, such as Shonali Burke (she always steals the stage!), though I suspect Adam came along more to keep Bill in line than anything else. Bill was threatening to show up in Speedo, after all.

He also brought along his better half, but she’s an entire blog post on her own.

Then I got to see him again at Social Slam in Knoxville in April. I like this every six months thing, Adam. But that means we have to get together again this month!

On the business side of things, Adam runs an organization called IntenseFence Management Solutions. They work with entrepreneurs and franchisees on growth through better customer experiences.

He also is a franchise owner, a regional developer for not one, but two, national brands, and owner of Intersekt Media, a web design and development firm.

But he clearly needs more to do because he also writes Customers that Stick, a blog about – you guessed it! – customer service.

It’ll be easy for you to stalk him because he’s all over the web providing really valuable and interesting information.