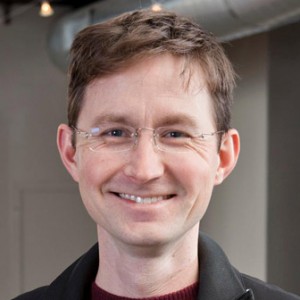 If you’re a daily reader of Spin Sucks, you already know Andy Crestodina.

He has written here several times, including: The Giant Robot Guide to Combining Marketing Tactics, Ring! Your Best Web Marketing Tool is Calling, Overcome Writer’s Block Forever, Do Content Marketers Compete?, and Social Proof or Social Spoof? He’s also done a webinar for us (which was awesome) and he has another guest post forthcoming.

So, yeah, to say we love Andy is putting it mildly.

He is co-founder and strategic director of Orbit Media Studios here in Chicago, where they focus on web design. But, in his free time, he plays with content and SEO. And when I say he plays with both, I mean he tries to not only figure out how to write compelling content around keywords, but he is trying to find the perfect recipe for content that is shared via email, social, and offline.

He’s kind of a nerd. And I kind of love that.

Not only is he a nerd, but when he talks, he makes you realize you’re not doing a quarter of what you should be doing in your job. While I hate that about him, it’s extremely good for me to be around because it pushes me to do more.

He carries around a notebook with blog ideas written in it and, if you ask nicely, he’ll show it to you and explain what he’s working on now.

For instance, he’s big on every content creator using the Google+ authorship and he has a five-phased approach to content marketing. Trust me, you’ll read both of those and think, “Crap. Now that’s more I have to do.” And then you’ll do it.

He is really, really smart and he adds a ton of value through everything he writes or produces (there are videos, too).

So check him out online (you can call him, too!). You can find him on Twitter, Google+, LinkedIn, and on the Orbit Media blog.