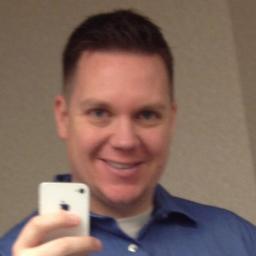 A little more than a year ago, I met the one and only Brian Tudor.

He attended SocialSlam when I keynoted, introduced himself, and we became fast friends.

But the friendship continued to grow – mostly because we’re both major nerds – and he’s recently been introduced to some of you through the comments here. In fact, he told me his 2013 New Year’s resolution was to comment more here. And he’s done a darn fine job of it!

Brian isn’t only an Internet marketing whiz; he’s also a comic book nerd. No, super nerd. Maybe even ultra nerd. His dream job is to open a comic book shop so he can read and write comics all day and talk to other comic nerds about comics (how many times can I write “comics” in one sentence?).

He is a senior comic book writer for ScienceFiction.com so he is well on his way!

He and I geek out over all the nerdy movies, such as Star Trek, Star Wars, Avengers, Iron Man (I heart RDJ!), Man of Steel, and all of the other Marvel and DC Comics shows.

As well, he is action figure obsessed and has quite the collection, which you can see on his Instagram page. There are action figures in there not even I know about.

While Brian continues to build toward his comic bookstore dream, he recently left InteractOne and is looking for a perfect opportunity.

A comic book Internet marketing job probably isn’t available so he’d like, instead, to focus on digital marketing. His ideal is how web, email, social, and mobile all work together.

Of course, he also wants to like the people he’s working with and believe in the mission of the organization (as if!) and is location agnostic if it means he can integrate the four disciplines.

If you can’t help him out there, that’s okay! Introduce yourself instead and get to know him. You can find him on Twitter, Instagram, LinkedIn, Going Geek News, and Google+.