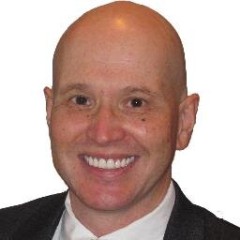 One of my favorite things to do is teach undergrad and graduate-level classes from the comfort of my own office.

No security lines, no planes, no arriving at a hotel too late to eat real food and opting for a granola bar so you don’t die, no…well, you get the point.

Just the fun part of working with the students and still being able to sleep in my own bed.

To that point, Martin Waxman has had me Skype into his class in Toronto every semester for the past couple of years.

This semester, he combined his class with that of Eden Spodek and I presented community building to a room full of graduate students.

I’ve made several online friends since then and one of them is one Mr. Darryl Robinson-Keys.

He was born in England, grew up in Australia, and now lives in Canada (just imagine that glorious accent!).

He describes himself as, “A connoisseur of the digital delicacies, served over social media, where he participates in the ebb and flow of human interaction.”

The water analogy is very purposeful: He spends much of his time in a kayak and translates his passion with the Harbourfront Canoe and Kayak Centre in Toronto.

He clearly loves to be in the water because his Google+ page is full of videos he’s taken while kayaking. But what’s impressive, is there are some really recent ones, which means he’s been in the water even though winter is already upon them. I’m getting cold just thinking about it!

He’s naturally curious and has a degree from Ryerson University, social media certification from HootSuite University, and is perusing a certificate in digital strategy and communications management at the University of Toronto, which is where I met him.

Currently, he is a programmer analyst with the Salvation Army, which makes me wonder if we’ll soon see him in a Santa costume, ringing a bell outside of a grocery store.

Darryl has been hanging around Spin Sucks since he and I met so it’s likely you’ve seen his comments here.