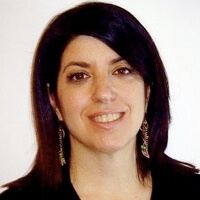 A little more than two years ago, I was invited to speak at PodCamp in Toronto, and it was my first foray into the country of some of my favorite people.

Eden Spodek extended that invitation and I had the opportunity to meet her in person. From there, we saw one another again last year when I spoke at Third Tuesday and SocialMix, and then again last week when I was in Ottawa for Social Capital.

Heck, I may see her more than I see some of my Chicago friends.

Eden, for those of you who don’t know, is one of us. She’s a digital marketing expert who created a business from her experience as a blogger.

In 2006, she launched Bargainista and was one of the very first bloggers to build relationships with brands. Because no one was doing it yet, she was one of the first to pave the way for brands in Canada and, after about a year and a half, she became one of the biggest bloggers not just in Toronto, but all of Canada.

But, as they happen to do, things changed for Eden and she moved her focus from shopping and finding bargains to helping agencies figure out the brand/blogger relationship.

To boot, she’s one of the founders (with my good friend Martin Waxman) of the new digital strategy and communications management certificate program at the University of Toronto School of Continuing Studies. Which means she’s teaching all of the up-and-coming brains what we all do for a living every day. I’ve even taught the class twice now via Skype!

She’s a wife, a mother (of two teenaged boys), and a very good friend. When I got back from Paris, I was going on and on about how good the macaroons were and she insisted the ones in Toronto are just as good.

To prove it, she brought me some last week and, when Lindsay Bell declined my offer to have one, I said a little prayer of thanks. I was happy to eat them all myself!

The best part, though? She’s clearly a foodie who loves food so much, she has a photo of a Dean and Deluca store as her Facebook cover photo. I’m sure there is a story behind that so you’ll have to ask her.