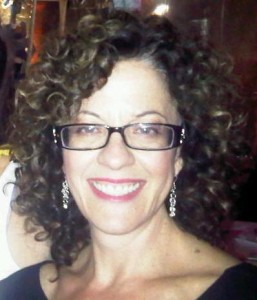 Elissa Freeman and I first met on Twitter, of course, but she happened to be in Chicago a couple of years ago and we met for coffee.

Of course, we became fast friends and get together whenever possible; the last was in July in Toronto at SocialMix.

When I searched the blog to see when was the last time I featured her here, I quickly discovered we shared a #FollowFriday, where she detailed her five brain crushes and I did mine.

She’s also guest blogged for us a few times, but she has never had her very own feature.

So here we go.

She is, first and foremost (at least career-wise) a communications professional.  When I met her, she was hiring the team at Toronto 2015 Pan/Parapan Games at the vice president of communications on the organizing committee.

But she recently went out on her own (yay for more female business owners) and also is the vice president of communications at Eatzclub, a restaurant loyalty company up there in ol’ Canada.

While a foodie, she’s very much like me in the way she takes care of herself. Every time we’re together, we show off the healthy snacks we carry for ourselves so we aren’t tempted by all the gross food available out there.

Although, I must admit, she’s better at it than I am – I’ll grab a handful of almonds to throw in my bag, but I don’t measure them (except by eye) and I don’t care if they’re salted. She’s very conscientious about measuring them exactly and buying the most healthful kind. She even has cute little containers to carry her snacks.

And she’s phenomenal about keeping up her exercise, even on the road. I know this because she told me a great story of being in Vegas in the hotel’s gym and running into an NBA player who was also working out.

She is one of the most prolific writers I know, contributing all over the place, including here, Project You, O Canada, and Executive Moms.

She has a daughter and a husband and she’ll make you feel inadequate because she’s pretty darn perfect.

But don’t let that stop you from following her, introducing yourself, and getting to know her. Although she’s pretty darn perfect, she’s a good friend who is caring, sensitive, giving, and warm.

You can find her on Twitter, LinkedIn, Google+,and hanging out here in the comments a few times a week.