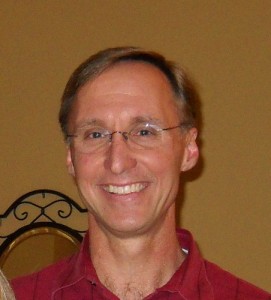 I do a lot of speaking. I mean, a lot, as in three times a week.

Because of that, I meet a ton of people who fulfill my life in different ways.

One of the organizations I do a lot of speaking for is Vistage. They are a CEO membership organization and I love spending time with them because I learn about the issues and challenges of business owners across the country. In fact, a lot of what I learn from them, I not only use to sharpen my workshops, but also bring back to Arment Dietrich in order to better serve our clients.

The way the organization works is each group has up to 16 members. Typically they are business owners, entrepreneurs, or “hired guns” (a CEO brought in from the outside). And there is a one facilitator, called a Chair. I’m always amazed at these people because they have to deal with 16 type A personalities every day. I’d go insane!

One such Chair is Karl Sprague.

Karl first invited me to speak to one of his groups in Ft. Lauderdale last year, probably to test me out before inviting me to speak to his other groups.

When he introduced me that morning, he said there are a handful of people he follows on Twitter who are his newsmakers. He included me in that group. Talk about being so flattered you don’t want to fail for him.

I guess I did pretty well because he invited me back this summer and I was there for a couple of days. While I was there, he and his daughter, Carla, took me to dinner.

We talked about life, dreams, disappointments, work, and family. It was as if I’d known them for years. They were extremely welcoming and kind. I wanted to stay a couple of extra days just to have dinner with them again.

Always quick with a smile and a compliment, Karl is smart, engaging, and funny. He not only knows how to corral 16 type A personalities at once, he does it in a way that makes you watch in awe.

He’s definitely someone you want on your side. He’s the type of person who has lifelong friends because people just want to be around him.

But the real reason I haven’t mentioned him before now? I was waiting for this particular day.

So follow him (on Twitter), connect with him (on LinkedIn), read and subscribe to his blog, find out more about his book writing (I want to know more!), and wish him a very happy birthday!