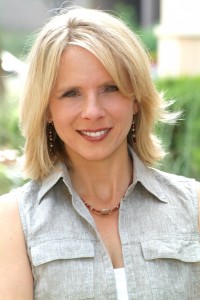 Tough life, huh? We were there for the spring Counselor’s Academy conference and, when I was introduced to her, she noticed the bandages on my knees and elbows (how embarrassing).

When asked what happened, I explained that I flew over the handlebars while mountain biking with two local tour guides who smelled so bad I had to get in front of them and missed seeing a large crevice they would have prevented me from hitting.

We became fast friends, I’m certain, because of that first impression. She, too, is a cyclist and she was mad she didn’t know about the mountain biking (I assured her she really didn’t miss anything).

Now it’s tradition that, at the spring conference every year, we either ship our bikes or rent them so we can ride together. She’s a really strong rider, which I always admire in other women because there aren’t many technically good female cyclists.

But that’s not everything Michelle does. She and I are very, very similar. She also runs a PR firm – a very successful one, called Olson Communications in Phoenix – and she’s a Vistage member.

A couple of years ago, I was lucky to watch her acquire another firm and fold that business into her own. She willingly shared all of the challenges that come from integrating two back offices, two cultures, and taking on a partner.

But she did it all with grace and such wild success that you couldn’t help but want to be around her to see if her magic touch would rub off on you.

She has two boys, both who are academically strong and both who are golfers (I think she’s betting on them to help out her retirement) and she’s married to a cyclist, a man who also is a staple at the spring conferences. I’m telling you, she has the magic touch.