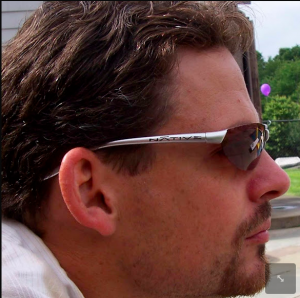 I have a friend, who I met in the comments here and then continued getting to know via the various social networks, named Paul Roberts.

Paul, if you don’t know him, is a fellow communications professional. He also, until very recently, was an avid blogger.

A blogger who was writing as an experiment. A blogger who knows you can’t fully understand the social web unless you actually use it. A blogger who doesn’t want to recommend communications tool unless he’s tried them out himself first.

And now he’s retiring from blogging.

When I first read his blog post about retiring, my heart hurt a little bit. But then I really thought about what he said and I’m OK with it now.

The last couple of months in which I haven’t blogged, have been fantastic. It is sort of like when you get to a point in your career where you finally make enough money that you can quit your part time job. It has been very freeing. Don’t get me wrong, there is much that I’ve missed about blogging, but personally, my life has never been better. I’m spending more time with my wife and kids on weekends, no longer writing late at night or early morning, my health is the best it’s been in years. Maybe this isn’t all because I’ve stopped blogging, but you get the point.

He goes on to say his blogging experiment has provided him invaluable experience. What I found most interesting is he comments that in training clients, the bullet points on the slides won’t change, but the conversation around why you should blog, what it entails, why the commitment is necessary, and how it’s not just about writing, but you also have to market it has changed.

Which goes to my point above about not knowing how this world really works until you do it yourself.

I admire and respect the heck out of someone who tries something, gets into it so much he understands both the science and the art of it, and then knows when it’s time to retire. There are some professionals who could learn from Paul (cough, Michael Jordan and Brett Favre, cough).

But just because he’s leaving the blogosphere doesn’t mean you can’t get to know him elsewhere on the web. Check him out on Twitter, LinkedIn, Google+, or even old school it and email him.

And, perhaps, he’ll get the writing bug and agree to guest blog here. What do you say, Paul?