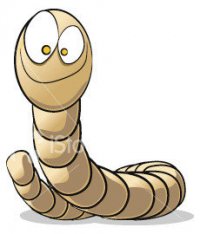 About three years ago, I got even more serious about cycling (yes, it’s possible).

I joined a team. I started to race. I got myself a coach.

And, at the same time Pete the Tapeworm was born.

Now, he’s not really a tapeworm. He’s just what I’ve named my stomach because, well, he has a mind of his own.

A little bit about Pete.

Now you know who the heck I’m talking about when I talk about Pete. He’s a very big part of my life, like it or not.

When you see me “talking” to him, I’m not really talking to myself. Which, for some reason, is hilarious to me.

See if you can guess who plays him in real life.