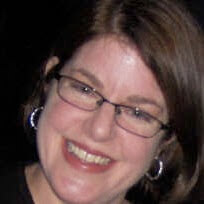 For those of you who spend any time in the comments on Spin Sucks or watch Gin and Topics religiously, Susan Cellura won’t be a new name to you.

An active community member, she also sends us at least one video per week for consideration in the Friday wrap-up. She and I have in-depth email conversations about articles we’re reading, books we’ve just finished, and life in general.

She’s one of those people who pays attention to others around her and finds things of interest to send. She’d be a great business development person because of that skill, but that’s neither here nor there.

A University of South Carolina grad (thank heaven, Mr. D doesn’t have to hate her as it wasn’t North Carolina), Susan has been in marketing communications for chemical and oil companies her entire career (she lives in Houston…I think that’s all they do there).

One of the big reasons I want to make sure you know about her is because her experience lends greatly to the big “does online marketing work for business-to-business organizations” question.

She took shared and owned media and began to use it her current position at Scientific Drilling. She was told she had support from the executive team, but literally had to start from scratch. No one in the industry had approached either media type, nor had they done so by building community. She’s the person who is leading people down a dark path with only a lighter to see what’s one step in front of her.

Methinks there is a blog series in what she’s doing. Surprise, Susan! Not only do you get #FollowFriday today, you have made my brain think about how to get content out of you.

But she’s not just a professional. It turns out she has a personal life, as well. She’s married and she and her husband have a daughter (who you can see in the cover photo on her blog).

She also is a huge college football fan and, if I remember correctly, she loves Clemson (is that allowed if she went to South Carolina?). I’m sorry for all you fans of other SEC teams. I hope you’ll forgive her that one tiny thing.

I’ve never watched a game with her, but from what I understand, this someecard sums her up perfectly (note to self: Never take Susan to a Bears game; the two of us will get kicked out): 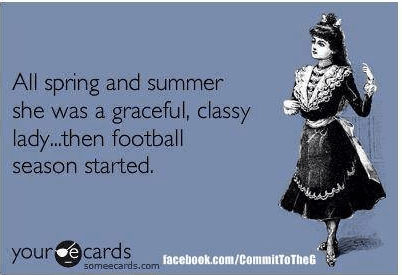 She’s smart, she’s funny, she has great taste in videos, and she clearly loses all of her class during football season.