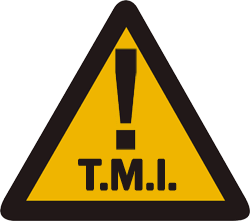 Reed Hastings, the CEO of Netflix, has had a rough year.

First Netflix hired actors in Canada to pretend they were excited customers. The problem? Canada was dying to get Netflix so the anticipation and excitement was already there and actors weren’t necessary. But the bigger issue was those actors were talking to media, as if they were real customers. And, maybe they were, but that’s not why they were there.

When found out, Netflix had a bit of a crisis on their hands.

Then, in July, Netflix announced a price hike. Overnight. Via email. They lost nearly a million customers and their stock tanked.

In September, they apologized for the price hike and described the reasons they did it, including streaming comes with its own infrastructure issues, such as different taxes and IT. They also announced they were splitting the DVD and streaming businesses. Now you could have access to DVDs through Qwikster and streaming would remain Netflix.

Earlier this month they decided they weren’t going to split the businesses, after all, and claimed to have learned their lesson.

I make my living speaking on digital trends. Arment Dietrich, has weathered the economic storm because technology is fundamentally changing the way we communicate. So you know when I ask the following question, it’s something I’ve really thought about.

Is too much transparency a bad thing?

Five years ago, I doubt Reed Hastings and his team would have stumbled all over themselves like they have in the past 12 months. Sure, the Canadian thing probably still would have happened because that’s a very traditional, old school way of launching a new product or service.

But the emails and the blog posts and having to make up for all of in an earnings call? Five years ago, we didn’t have the technology for the instant communication we have now. I doubt they would have even used email marketing in the same way they did this summer.

Some people are defending their moves, saying they appreciate the transparency and are enjoying learning about the changes in the business model.

As a communication professional, and one who really enjoys the liberties technology allows us, I am here to tell you there is such a thing as too much transparency.

But please, please, please…before you use the digital tools to give your customers access to you, think about what it could mean down the road. Think about it strategically. And then, if you’ve done that and you still screw up, use these two little words: I’m sorry.

They’ll go a lot further than any transparency or explanation of a business model.

This first ran as my Crain’s weekly column.