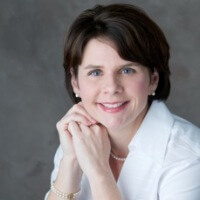 I would not describe the hospitality industry as a community of early adopters when it comes to social media.

As a specialist in hotel reputation management, I’ve watched hoteliers confront companies such as Trip Advisor and request the removal of unfavorable reviews from their profiles.

Too many hotels have no track record for responding to online guest reviews. And not enough of my colleagues have dipped their toes into Twitter and LinkedIn.

A general manager once described Yelp to me as being like his neighbor’s barking dog.

But things are moving forward, and hoteliers are growing more interested in hearing about social media success stories beyond The Roger Smith Hotel.

That’s why I wrote a Twitter Case Study that describes Hotel 71 Chicago’s elegant handling of a sticky customer complaint – from Amber Nasland, VP of Social Strategy for Radian6 – that was broadcast to the world.

Followers asked me to dig deeper. So I did.

A Conversation with Hotel 71 Chicago’s director of operations, Steve Ellingsen:

What was your big “take away” from the incident?

Customer comments reach us from more places than ever before. We read everything and respond to concerns within 24 hours.

Amber’s remarks were received through two channels:  Twitter and Unifocus. It’s not uncommon for today’s sophisticated traveler to post feedback in multiple places. Because we monitor Twitter, we were able to respond to Amber in record time.

The lesson here is that monitoring social media channels can help hotels respond more quickly to the guest.

Yes, here are a few examples:

Will Hotel 71 Chicago use social media more or less down the road?

Our general manager, Steve Shern, started out at Four Seasons, and I began my career at Ritz-Carlton. We’re both classically trained hoteliers, but enthusiastic about trying less traditional ways for getting the word out on Hotel 71 Chicago’s specialness.

For example, a comedian visited the hotel and afterwards posted two videos showing off our prime Magnificent Mile location and spectacular water views of the Chicago River. Together these videos got more than 10,000 views on YouTube!

The floor is now yours. What advice do you have for other industries that aren’t embracing technology for communication and customer service?

Ann Manion believes the most important thing is what the customer thinks. Her company, Hotel Advantage, shows hotels how to build a strong online reputation that attracts more guests.