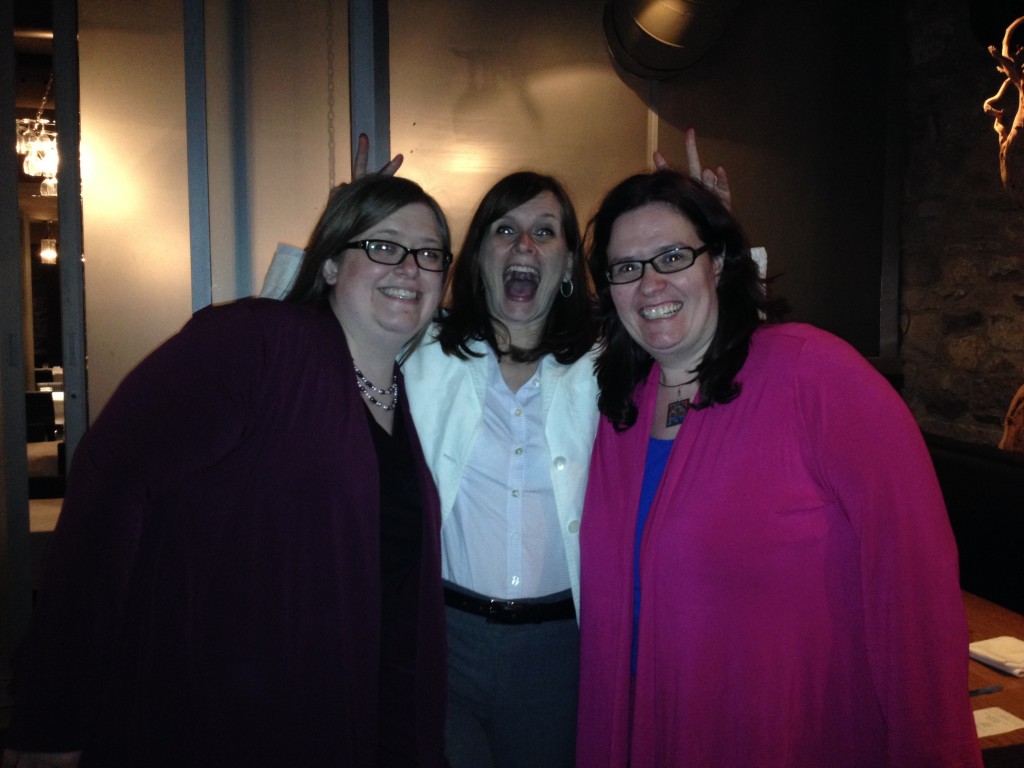 Four scores and 20 year ago, I met one Karen Wilson in Ottawa at the Social Capital Conference, where I was a speaker.

I remember how nervous I was when she picked me up from the airport. We were, of course, Twitter and Spin Sucks friends, but (as a natural introvert), meeting her for the first time as she drove me from the airport to the hotel was a little nerve-wrecking.

But I had no reason to be nervous. She is amazing. She made me feel right at home and, though a transplant from Florida (because of a boy!), she definitely has picked up the Canadian politeness.

Today I would consider her a friend and someone I MUST see when I travel beyond our borders (this time with my passport; if you haven’t heard that story, it’s a doozy) and that is why I asked her to sit on the Spin Sucks Inquisition hot seat.

Letting others box me in.

I was nearly 30-years-old before I realized that I didn’t need to accept only what I was given—I could forge any path I wanted.

Once that little truth finally sunk in, I started getting bolder—speaking up, learning everything I could, taking on greater responsibility.

Even when I made missteps that hurt me in the short-term, I know I wouldn’t be where I am today if I hadn’t gotten serious about embracing what I want for the long-term.

I don’t really talk about it, so it’s usually surprising when people find out that I was a music education major in university.

I was a voice principal with almost no vocal coaching when I somehow managed to get in.

I’m still pretty proud of that.

It was one of the coolest experiences of my life to be in music school, but I’m glad I figured out that being an educator in the traditional sense wasn’t the right path for me.

One day when I finally leave a night in the week open for it, I’m going to get back into singing again.

Or, maybe the fact that I’m from Florida and moved to Canada and many people seem to think that’s the wrong direction, for some reason.

I couldn’t make that trade.

My mother died nine years ago and I will always wish she could still be here with me.

I think she’d be proud of the things I’ve done and how I’ve grown as a person, so I’d never willingly choose to leave my husband and son if I could spend more time with them.

Personally, I think my greatest achievement is my family and the rest is all a bonus.

Besides, for those who haven’t met my kid or heard his Brandonisms, he gets funnier every year and I don’t want to miss out!

Obsession with the extraordinary to achieve virality.

I’ve spent most of my years in marketing and communications with organizations that have great stories to tell, but those stories aren’t necessarily going to go viral.

That doesn’t make them unworthy.

I think my eyes are still sprained I rolled them so hard.

When did solid, consistent, compelling, and valuable become passé?

Because I work mostly with small businesses, this mentality can be incredibly intimidating and misleading.

It’s too bad it’s been more than six months since I read Spin Sucks. I missed out on some brownie points.

I’m actually in the middle of reading Daring Greatly by Brené Brown.

Reading this comes at a time that’s really appropriate because I recently left the business I started to go back to work full-time.

I wish I’d made time to read the book way back when I first got it, because maybe I wouldn’t have held on to the entrepreneur dream for so long.

I’m still working through the mental shift and telling myself that I didn’t fail; I gave myself permission to do what was right and best for me.

But I had to go through an excruciatingly vulnerable place before I could admit what I truly needed was not what I thought I wanted for so long.

Now I’m choosing to lean in to the discomfort of change, but instead of feeling uncertainty, I’m excited and rejuvenated.

Because Gini said so. That’s enough for me.

My high school band director had a favorite saying, “an excuse is a lie wrapped around a reason.”

Like most of my fellow band nerds, I didn’t fully appreciate what he was saying at the time.

But when I think of “spin,” that quote often comes to mind.

As teens, we were really good at spinning stories about why we didn’t practice enough, get our homework done, etc. I could spin with the best of them in high school, but it’s not a skill I want to use anymore.

Where You Can Find Karen Wilson

She can also be found blogging at Karen’s Chronicles, and you can get information on how to contact her if you need a freelance writer or content strategist on her business site.

She also is a huge supporter of QuickStart Autism, which I know is a cause near and dear to the hearts of many of you.

Go forth and mingle and learn more about her. You won’t regret it.