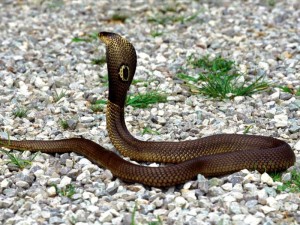 The news lately has been pretty depressing.  Between the wars, Mother Nature, and radiation leaks, it seems you can’t escape right now.  So I’m bringing you two LOL news stories.

I follow what’s going on in the world pretty closely and as I mentioned it’s been depressing, so you can image my delight when I stumbled upon a video of President Obama answering some questions at a Univision town hall meeting.  As questions were flying around, news anchor Jorge Ramos asked the President if he owned his own computer, and to my amusement, Mr. Obama poked some fun.

“I mean, Jorge, I’m the President of the United States. You think I’ve got to go borrow somebody’s computer?” asked Obama to laughter. “Hey, man, can I borrow your computer? How about you? You’ve got one?”

It’s always great to see our nation’s President not take every question so seriously.  BUT that doesn’t top my favorite news story this week.

As you’ve probably heard, the Bronx Zoo in New York City has a missing 20-inch long poisonous Egyptian Cobra snake.  Yes, the snake from Aladdin is loose in the city.  It’s a good thing I live in Manhattan otherwise I wouldn’t be going outside.

That, in itself, is funny news to me but the kicker comes from the snake’s twitter feed.  @BronxZoosCobra already has 135,000 followers and is growing every minute.  With tweets like “Taking the Sex and the City Tour!!! I’m totally a SSSamantha.” “Just FYI, I’ve had it with Samuel L. Jackson too.” And one of my favorites “Holding very still in the snake exhibit at the Museum of Natural History. This is gonna be hilarious!”

I just wish someone at Arment Dietrich had come up with this before it became overkill.  First it was the very popular fake twitter feed from Rahm Emanuel and now the missing snake.  As a marketing professional I think this is gold!  The people behind these hilarious feeds obviously can show off their social media expertise.

Do you think digital marketing agencies should embark on stunts like this to gain attention?