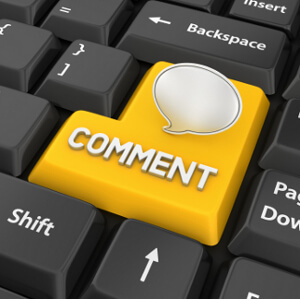 Earlier this year, I traveled to Norway to share a stage with Mitch Joel, Valeria Maltoni, Chris Brogan, and Maggie Fox.

During our stay there, we ended up having a conversation about blog comments and replying to them. In fact, it’s a conversation Mitch and I have nearly every time we talk.

You see, he writes to write. It’s like a disease for him. He has to get the words out of his head and onto the computer screen. He figures he’s had his say by doing that and the comments are for everyone else to have their say.

Valeria, who is one of the smartest people I know, rarely gets any comments, but her blog is one of the go-tos for nearly everyone in marketing. It’s one of a handful of blogs I have come into my email (instead of my RSS feed) so I don’t miss it every day.

And, of course, Chris gets a gazillion comments and he replies to nearly every one of them.

So we have three camps:

I wanted to see if any of the camps leads to a scientific analysis of how well a blog does and I did it solely based on the AdAge listing.

According to the seven scores they use to compile the listing:

So that doesn’t really tell us anything, at least not from a numbers and science perspective, about which way is the right way.

To Reply or Not

Take, for instance, the conversation we had a couple of weeks ago about Warren Buffet buying 63 local newspapers because they’re cashflow positive.

Of course, I wrote that blog post from my perspective. I live in a big city where we have two daily newspapers and the local news is really national news. But many of the comments were from readers in smaller communities and they see huge value in their local paper and their local news.

This is not something I’d considered before I wrote the blog post. We all write from our own perspectives and listening to, debating, and really opening your mind to new and different thoughts is how you grow.

I’m not, by any means, saying those bloggers who don’t respond don’t grow by reading the comments on their blogs. I’m simply saying I learn more by actually having the debate with some of you, in the written word.

So Where Does that Leave Us?

Your blog is your home. You can do with it what you like. Sure, I have some days that I’m traveling or swamped with meetings and I can’t check on the blog throughout the day. Those are the days I find one or two readers is asking as host (without my asking) and baiting people into conversation.

But I also love the days where I can check in multiple times and do my own baiting. And, trust me, sometimes I debate people just to see if they’ll come back for more (they don’t always).

But it’s entirely up to you, your blog’s vision, and what you’re trying to achieve. Going into 2014, I’ll be blogging, and commenting for a very specific reason (cough, writing another book, cough) and you’ll discover I’m starting conversations around things I want to use later.

It will be almost more important for me to hear your perspectives, for that purpose, than for me to get my ideas in front of you. Of course, that will be the conversation starter, but it won’t stop there.

None of the three camps is right or wrong. You figure out why you are blogging (or want to blog) and you do it in a way that works for you. Find a blogger who does it that way you do, someone you respect and admire, and emulate them. Don’t do it because of their AdAge ranking or their popularity score.

Do what works for you.