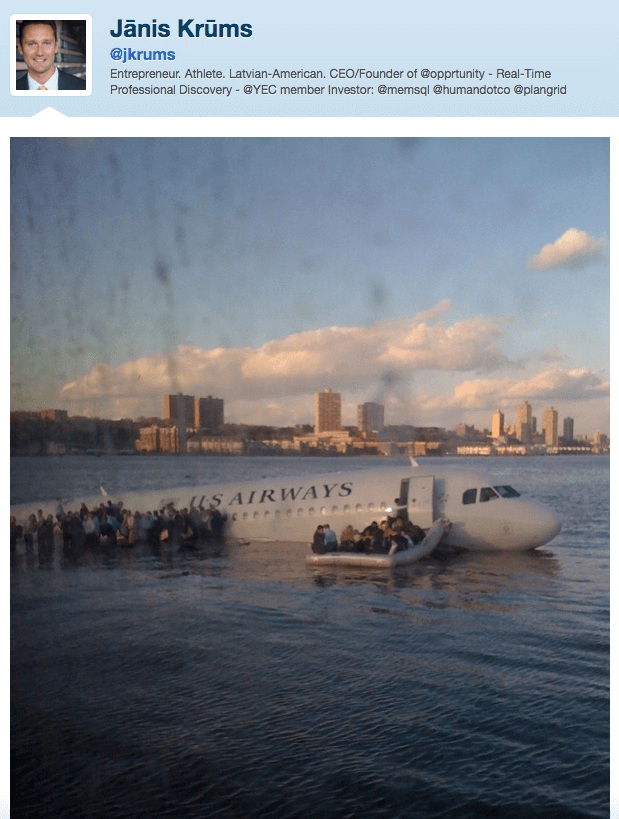 It’s been nearly a decade since the social networks exploded on the scene.

Twitter became a household name in 2009 when the plane went down in the Hudson River. A guy named Janis Krums took a photo from the ferry, on the river, of people getting off the plane and waiting on the wings. He uploaded that photo to this thing called Twitter and got his 15 minutes of fame as it was shared globally within seconds.

Before then, most business owners thought social media was a fad; a thing for “the kids.”

They didn’t take it seriously as a platform for communication with their guests.

And, today, nearly every organization is using social media in some form.

Even still, we have a long way to go.

A new social network pops up nearly every day and a big one that changes the way you communicate with guests pops up about once a quarter.

In 2015, alone, we had Periscope, Meerkat, and Blab.im. And, while not new, Snapchat launched a business application, and Facebook launched livestreaming for verified accounts.

And, just in the first quarter of this year, Meerkat shut down and Facebook livestreaming is available for all.

New social networks (cough, Peach, cough) have even come and gone as quickly.

With all that constantly changes, it’s tough to keep up, let alone know which direction to go when something new is introduced. Never fear! We keep up so you don’t have to.

While the past 12 months introduced some new social networks, some of the big guys launched new products to continue to evolve and compete.

There’s no denying social media has changed the conversation, and it’s enabled consumers to take back the power in shaping that conversation.

Every single post a customer makes on their social media networks is free advertising for you. Not only is it free advertising, but now you have testimonials you used to have to beg to get.

Of course, that doesn’t necessarily mean it will always be positive, but one thing is for sure: People are talking and sharing on social media, and it’s time for you to listen.

After all, consumers have made it clear that they trust word-of-mouth through user-generated content more than branded advertisements.

On the flip side, when your guests leave reviews, upload photos, or share their stories with their own social networks, you have the perfect opportunity to engage with them, turning them into loyal and engaged customers.

Collect all of this user-generated content and share it on some of it on your social channels.

This is one thing many organizations not only fail to do, but forget about doing (myself included).

I can’t tell you how many tweets I’ve favorited from speaking gigs or book readers and never have done anything with them.

Measure Effectiveness and Stay Ahead of the Trends

A new study from ComScore shows Facebook is, hands down and far and away, the best social network for everyone.

It sits right behind Google as the second most visited site in the world.

That is rather incredible and tells you a lot about what your social media program should include.

The name of the game continues to be engagement and relationships which means that should be your focus.

That said, there are plenty of ways for organizations to measure the effectiveness of social media campaigns, based on your goals.

The social networks have worked hard in the past few years to provide you ways to provide reservations, check-ins, contests, discounts, social deals, and more.

Now you can track specific events, specials, or promotions back to your social media efforts and prove a return-on-investment.

The time has never been better for organizations on social media.

Use some of the new social media tools to promote your business and stay ahead of the trends.

A version of this first appeared in the print edition of Hotel Business Review. However, I changed quite a bit to make it relevant to all businesses, not just hotels.