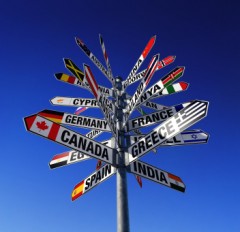 If you’ve been around Spin Sucks for awhile and met some of the new faces on the Arment Dietrich team, you’ve likely noticed a pattern.

The people who work here were often readers of and commenters on the blog before they were hired.

It’s true for me.

I began reading Spin Sucks years ago as I was transitioning from being a journalist who liked using social media in my free time to a marketer who used it for brands.

Spin Sucks was a big part of my education.

Eventually, I ended up connecting beyond the blog with Gini Dietrich and with other readers in the Spin Sucks community. To me, it seems natural. And it seems smart.

We’re all busy. I have some unfolded laundry and a stack of unread New Yorkers calling my name right now—and that’s just the fun stuff I’m behind on. I don’t even want to talk about how my floors look.

You Don’t Have to Keep Up

You never know where they’re going to lead—I certainly didn’t start commenting on Spin Sucks a few years ago hoping one day they’d be hiring for a position I’d be interested in. I just started having interesting conversations with interesting people.

That said, I know that I wouldn’t have been hired as shared media manager at Arment Dietrich if I hadn’t established those relationships before the hiring process began. As Gini said in a blog post back in 2012, “We get to know people online first and then, if we think they might be a good fit, we do the in person thing … We want to know that you already know how to build relationships using technology.”

Of course that’s the case for a company whose livelihood is so much about communicating and relationships building. But it’s also true for an array of jobs.

Awhile back, I got myself in the good graces of someone who worked for an agency I was interested in working for by sending her a direct message on Twitter letting her know about a bad link in a tweet she’d sent out on behalf of the agency.

Of course, I was careful to write it in a way that was helpful—this was not a “gotcha” correction. But after she thanked me for the heads up, we ended up talking on Twitter for awhile. She and I had similar backgrounds in journalism, she knew the small town I worked in, and she and I even talked about my hometown—it’s famous now that Fred Armisen has a TV show about it.

That conversation had gotten nice and friendly before I mentioned I’d been interested in working with her company for awhile.

Nothing came of it right away, but six months later, when I applied for a job at her agency, I reached out again, and what do you know? I got an interview, we hit it off, and I got the job.

For many of you, this is old news. This is just how you operate. But if it’s not something you’re already doing, it’s never too late to get started.

So where should you start if you’re interested in using your social media connections to find a great job?

First off, it’s important not to over-commit or overwhelm yourself. Don’t think you can follow 100 blogs, get thousands of organic Twitter connections, or become BFFs with Jay Baer overnight.

Do pick a handful of blogs that are in your field—it shouldn’t be hard to search out some of the top journalism, marketing, PR, or advertising blogs.

I find using a reader (I’ve been using Feedly since Google Reader shut down) makes it easier to stay up-to-date.

Decide how much time you can devote on a daily basis—if all you have is 20 minutes, that’s still something.

During your allotted time, scroll through your reader for topics you’re interested in, go read a couple of posts, and if you have something to add, leave a comment. Make sure you’re set up to get notifications when someone replies to your comment, because that’s a great way to establish relationships.

And when you find something really interesting and valuable on one of those blogs? Why not share it with the social media connections you’re also building on Twitter and LinkedIn?

It’s a great way to provide value to your networks, and it shows you’re not all “me, me, me”—remember the old 4-1-1 rule: “For every one self-serving tweet, you should re-tweet one relevant tweet and most importantly share four pieces of relevant content written by others.”

When you share content written by others, tag the original creator so they know you’re talking about them.

And remember to give as much as you get. Introduce people. Share job opportunities that aren’t a good fit for you with others in your network. Don’t just build relationships so you can get something from people down the line, seek to be a helper to the people you’re connected with.

It’s a Marathon, Not a Sprint

One other important part of all this online networking you’re going to be doing? If it’s going to be successful, it has to become habitual. Online networking is a long-term strategy. Maybe there are positions for which a short term, high-impact campaign is exactly what’s needed to land the job, but that’s not what we’re talking about.

We’re talking about building your personal brand, and it looks a lot like old-fashioned networking, except it’s all done online. Get out there and get to know people. Be kind, be thoughtful, be yourself, and when it comes time to apply for a job or ask one of your social media connections to make a call for you, you’ll already be halfway there.