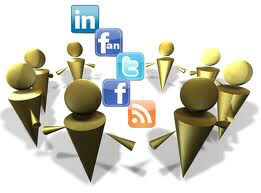 Is your social media marketing strategy geared toward growing your sales or building your brand? Or are you trying to achieve both?

Previous posts of mine about getting more comments on your blog and content versus conversation have engendered debate in the form of blog posts and comments regarding the value of conversation and community in comparison to lead generation and bottom line outcomes.

While I’m proudly a touchy-feely “community” guy (my job title is community manager, after all), I can’t deny there won’t be an opportunity to build a community around a business if there aren’t enough sales to keep its doors open.

What we need to do is separate social media marketing tactics into short- and long-term buckets.

For example, to build community is to build brand equity, which is a long-term proposition. Coca-Cola has built tremendous equity in its brand over the years by creating a certain understanding of what Coca-Cola means. Consistently for more than a century, it has developed an image of happiness, togetherness, and refreshment. This image doesn’t foster immediate sales, but rather acts as a positive placeholder in people’s minds that has carried on through many generations.

Through social media, Coca-Cola has been able to take its brand-building efforts further by creating a community hub on Facebook where consumers can share their own love of the brand with others and feel more a part of the brand by interacting with Coca-Cola and other enthusiastic consumers.

Many social media marketing efforts have been aimed at brand building. Another example is Comcast Cares, a Twitter initiative spearheaded by Frank Eliason (who has since moved on to Citi) to improve the company’s often disparaged image as a customer service failure.

But when companies are looking for immediate sales, they need other arrows in their quiver. The industry has been abuzz with the recent Old Spice campaign, in which the company featured its spokesman in YouTube videos answering Twitter questions from individual consumers. Despite initial industry skepticism about the effectiveness of the campaign, later reports claimed that sales have doubled.

I’d say doubling sales in a month is evidence of a pretty darn good campaign. But what will Old Spice do to keep the good times rolling? The brand has a Facebook page, but its 800,000 fans pale in comparison to Coca-Cola’s 10 million. It has a blog on its website, but the latest post was in April.

I submit that Old Spice needs to parlay this successful sales campaign into a community-building effort in order for it to pay off in long-term brand equity.

Let me know what you think. Will Old Spice’s campaign sputter out and sales fall back to earlier levels?

What are some of your favorite social media campaigns? Are they long-term brand-building efforts? Or are they short-term sales efforts? Are there any companies that have done a good job at both?