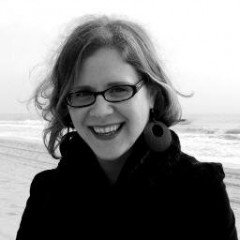 Ximinez: NOBODY expects the Spanish Inquisition! Our chief weapon is surprise…surprise and fear…fear and surprise…. Our two weapons are fear and surprise…and ruthless efficiency…. Our *three* weapons are fear, surprise, and ruthless efficiency…and an almost fanatical devotion to the Pope…. Our *four*…no… *Amongst* our weapons…. Amongst our weaponry…are such elements as fear, surprise.

Chapman: I didn’t expect a kind of Spanish Inquisition.

This, of course, is from the Monty Python version of the Spanish Inquisition.

Which leads us to the first episode of the Spin Sucks Inquisition where our chief weapons are surprise and humor…humor and surprise.

It’s not meant to offend; rather provide a funny – and interesting – look into the people we see online every day, but don’t know that well.

The questions will be the same every week. The person on the hot seat will change.

The Spin Sucks Inquisition guinea pig is our own Eleanor Pierce (aka Bob aka Ellie), who joined us this week as shared media manager.

I’m not sure I’d call this exactly a “mistake” – as in a single misstep – but I do wish I’d been better at supervising people when I first started doing it. I thought I had high standards and was simply holding people to them, but I didn’t really know at the time the difference between cultivating people rather than making them feel bad for the things they weren’t doing perfectly (read: the way I would do them). It’s always a challenge to find the right balance there.

Well, it’s either that or the time I accidentally tweeted a link to a kind of risqué (but funny! and educational!) breast cancer awareness video from my very conservative company’s Twitter account instead of from my personal account (If you’re curious, it’s here). I got lucky there—they weren’t mad, but I’m much more careful now.

I once finished a half marathon, but I’ve never in my life successfully executed a cartwheel. I guess that’s two things.

It depends on so many things! This inquisition is tough! Would I be dying at 80 instead of 90? If so, then sure. But 40 instead of 50? No thanks. In that case, I’d rather not get to writing that novel. (You’re also learning something else about me: I’m a bargainer.)

“The more social sites you’re on, the better.”

I’m not sure who’s still giving this advice, but the message seems to be out there, far and wide. More is not necessarily better when it comes to most things, and it’s certainly not always the best when it comes to social. If you don’t have the time, energy, and know-how to keep up with the latest and greatest social network, don’t bother. It’s OK to pick one or two that make the most sense for you.

(Note from Gini: This just makes me want to hashtag vomit all over her Facebook wall.)

This is what I said in my Goodreads review, I can’t think of a better way to characterize it: Emily Dickinson said this about poetry, but it applies to this book: “If I feel physically as if the top of my head were taken off, I know that is poetry.”

This book took the top of my head off. Absolutely stunning.

It’s just not necessary! Not if you choose your clients well and behave ethically.

I remember when I was in journalism school, I spent a lot of time learning and thinking about all the ways things other than journalism influence journalism. Time, money, cultural bias, political bias … it all adds up to something that calls itself objective but, to my mind, just isn’t. It can’t be. The stories you select, the language you use, the people you interview for a story, all those choices affect the story. As a journalist, you can aim for objectivity, but you’re never going to get there.

What I thought was so refreshing about PR (the way I learned it, the way it’s talked about at Spin Sucks and the way it’s practiced at Arment Dietrich) is that you don’t have to pretend to be anything your not. You can choose your issues. You can pick your clients. You can make decisions to be ethical. You can do all of those things and still honestly advocate on behalf of your client, your message and your point of view. And when you approach it that way, you don’t have to feel dirty at the end of the day.

You can find her on Twitter, Facebook, LinkedIn, Google+, Goodreads, and she’ll making her Spin Sucks debut as an employee soon!