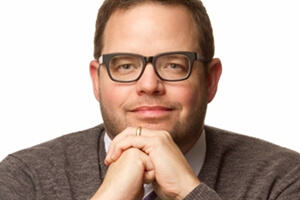 I am sitting here trying to remember the very first time I met Jay Baer.

It had to have been at a Counselors Academy conference.

I do remember Abbie Fink telling me his name is Jason Baer and, to this day, she can’t call him Jay.

Since first meeting him, I’d venture to guess I’ve seen him speak 10 or 12 times and even got to share the stage with him two years ago.

I’ve read his books, stalked his blog, made sure to spend some time with him when we’re at the same conferences, and even hired his virtual assistant (whom I adore!).

He’s one of the good guys. He’s extremely intelligent. He is always thinking about five years ahead of everyone else. And he can speak in soundbites better than anyone I know.

Today he is on the Spin Sucks Inquisition hot seat.

Was I was young and even more foolish, I quit a job I liked because my boss got transferred and I neither enjoyed nor respected the new boss.

Within 60 days of my departure, new guy was canned.

I learned an important lesson about patience and the shifting sands in big companies.

The good news is that I might never have ended up working in digital marketing if I hadn’t quit that job, so everything for a reason, I suppose!

I suck at dancing, I hate olives and blue cheese (but love goat cheese), and I’ve never seen Jaws (or Mad Men).

Also, my original career path was politics, and I worked on a lot of state and federal campaigns in my pre-Internet days.

When I was a kid, I decided there were two things I really wanted: A laundry chute (my grandmother had one, and I thought it was the coolest thing ever); and a pool table.

I have both now, so the reaper may be coming for me whenever.

Seriously, I really do feel like I am playing with house money at this point.

I certainly have my share of drama, but between an incredible wife and terrific, healthy kids, a great business with world-class team members, clients I adore, and way more possessions and acclaim than I even remotely deserve, I’m not wanting for much.

I hope all of that coming together didn’t cost me 10 years. But if it did, I can’t complain.

That social media is primarily an acquisition vehicle, when it so clearly is a loyalty and advocacy play.

If I say Spin Sucks, do I get invited back?

Because in an age where everyone is connected to essentially all the world’s information at all times, it is almost impossible to bend the truth or put lipstick on a pig.

Just be straightforward and honest.

And if you can’t be transparent, at least shoot for translucent.

Where You Can Find Jay Baer

I feel like I need to reevaluate my friendship with Jay. From now on, I am going to force him to order martinis with blue cheese stuffed olives so I can eat them! I don’t know if they make martinis with tequila, but we’ll find out.

He also just signed a deal with Penguin | Portfolio for Youtility for Real Estate ebook, to be co-authored by Erica Campbell Byrum of Homes.com and already has Youtility for Accountants.

If you don’t already stalk him online, do so. Watching him will keep you ahead of the trends.