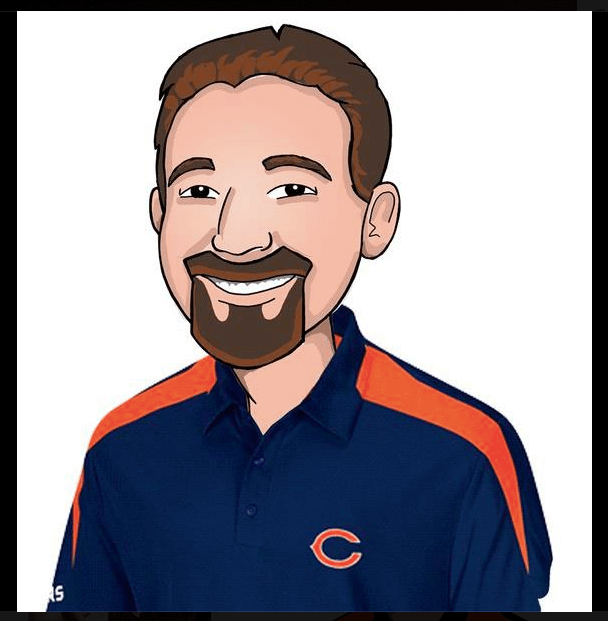 Adam Keats and I go waaaaaaay back.

When Marketing in the Round launched, he amazingly arranged for us to have our launch party at Weber Shandwick, overlooking Lake Michigan.

I’ve followed his career and we recently reconnected because of his new job as the vice president of strategic partnerships at Dynamic Signal.

If you don’t know of this company, it’s a must to check out. They help motivate employees to participate in an organization’s social media efforts through competitions and prizes.

We have several of our clients using it and it works incredibly well. In some organizations, it even builds a better culture because employees are so engaged in what they’re doing.

Adam is also one of the few people I know in real life who is a serious foodie and has a thing for chefs like most people have for Kim Kardashian.

Because he’s been contributing to the PR industry for many years, I asked him to sit on the Spin Sucks Inquisition hot seat.

(Well that and the hope that he’ll let me trade in my season tickets for seats behind the Bears bench for just one game this year.)

Subtlety is an art and I still haven’t mastered it, not by a long shot.

I wish I had learned earlier that less is often more valuable than more.

There will always be plenty of opportunities to prove what I can do, the value I bring. I realize now I don’t have to fight to make sure everyone knows it every day.

I’m also a huge sports fan, but I’ve been lucky enough to be able to combine the two for almost two decades, working with the Chicago Bears as a member of the team’s official crew of statisticians since 2003.

I work at every Bears home game and we track every stat for every play of the game, one at a time.

If you’re at the game, watching it on TV or just a fantasy league player, we’re directly responsible for deciding if it’s a pass or a lateral, a nine-yard or eight-yard rush and more.

I believe that life’s success doesn’t solely come from the gratification of your personal achievements.

It comes from watching the achievements of others, whether that’s my daughter, my wife, or other people I’ve been lucky enough to help during my lifetime.

I’m starting to see people today who began their careers on my team right out of college take on senior leadership positions as their careers advance. When they take the time to remind me of an email of with advice they saved over time…that’s not something I’d ever see or be able to enjoy without those additional years.

I’m watching my daughter develop a passion and talent for something I’ve always loved—photography.

I could tell you now that I’ve seen her talent, but how do I know she won’t be world-class at this craft, won’t be a teacher, won’t be president?

Being present is irreplaceable.

I won’t ever be able to tell you I have achieved everything I’ve ever wanted. There is so much I don’t know.

From my earliest days learning and understanding marketing and PR specifically, I’ve never been a fan of the non-measured impression.

But the idea that it’s always been acceptable (by clients and agencies alike) to say that the number of copies of a print publication produced equals the number of people who saw it (never mind the dreaded “multiplier” for those people who only get their news by picking up used copies on trains and in airports) never clicked in my head as the right way to measure a program.

I don’t read as often as I should…I love Tom Clancy and Christopher Buckley probably more than most.

But I’d highly recommend seeing (or reading the script) from The Herd by Rory Kinnear, “a witty and heartfelt story that examines a family falling apart—and pulling together—when life doesn’t turn out quite the way they imagined.”

I saw it at Steppenwolf Theater in May and you knew three-fourths of the way through the entire audience would be on their feet for a standing ovation.

More than anything, we crave the truth, even if Jack Nicholson says we can’t handle it.

We want to know that the airplane delay is going to be an hour, right now…not six times in 10-minute increments.

We want honesty and transparency in our relationships, at work, at home, with the companies whose products we purchase and bring into our homes.

Where You Can Find Adam Keats

He even blogs every once in a while!