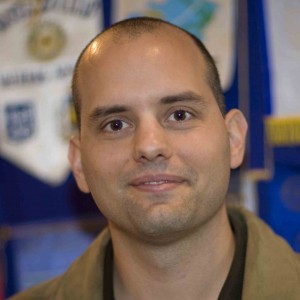 The fast-paced evolution of technology creates opportunities for any “average Joe” with some forethought and courage. It levels the playing field, and allows those who take advantage of it, to see accelerated success for their brand or cause.

Allow me to back this up with a few examples that I hope will encourage you to take your own leadership role in your journey.

In 1997, I left my job as a sales rep for a Fortune 500 company, to start my own IT services business because I saw the future need for this. Honestly, I am not sure what business a sales guy had starting an IT services company.

But I was passionate about it.

Two years later I had five employees and had contributed to several industry trade magazine articles and two books. My company was taking business from established but complacent service providers.

I credit that success to timing (Y2K anyone?) and my willingness to embrace and try new things.

Fast-forward a few years and this thing called social media is establishing its roots. In the beginning it was evident these socially tied web 2.0 technologies were going to continue to evolve but it was difficult to predict they would explode. Early adopters have risen amongst the ranks just like I did with the IT company. Many extremely successful social capital based brands have risen to the surface, and many others will continue to pop up along the way and you could just as easily be one of them.

With change there is always opportunity and that opportunity favors the nimble and adaptable among us; the early adopters. Early adopters are respected for their willingness to embrace what can be game changing technology early on and reap the benefits.

The day I joined Amplify was a pivotal moment for me in my social media presence. Within one hour of logging in to the site, I posted one of the first YouTube Screencast videos about Amplify. Suddenly, I was establishing connections with some incredible people and making the most out of my curiosity by creating a name for myself.

So you’d like to be an early adopter?  Here are a few ideas.

Be nimble, be aggressive, be willing to try new sites and services and be fearless. If you are those things, you can become the leader of your own journey!

Joe Hackman is an entrepreneur, blogger, podcaster, and technology advocate. He founded IT services firm Managed Solutions in 1997 and is also CMO/CTO at a startup.