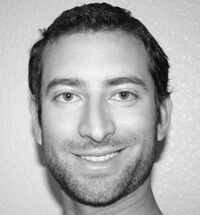 Guest post by Jon Ivanco, a lawyer in training and entrepreneur.

On Thursday, Above the Law broke the story of the Diesel underwear ads that came out showcasing the lovely Brooklyn Law School library. This story is continuing to pop up all over my Twitter feed that is cued to search “law school.” The reality of the situation is wherever there is a scandal, social media is there, front and center and ready to help spread it.

Ironically, the actual events are not all that shocking or deserving of a scandal. The professional photo shoot does not show anything that would say, “That’s Brooklyn Law School!” The pictures taken are fairly common for any underwear model shoot. The library could be any library. The most identifying elements are the books with New York State written on them. I dare say because they don’t include thongs, the shoot is even less revealing than your average Victoria Secret catalogue.

So why is there attention and attachment to Brooklyn Law School? My best guess would be amazing guerilla marketing efforts by Diesel. I can’t come up with any other reason. The recipe is simple: Start by drumming up a questionable location, add some sexual posing in underwear, some sexy models, and you have a winning campaign. Sex sells. Controversy sells. Bravo, Diesel, you may not be able to shoot there anymore, but I’m sure it was worth it. This is simply proved by that amount of press and sharing you have received on Twitter during the past week.

Social media is the only reason this story is still spreading. Were this story leaked in a magazine or newspaper article, it would be dead in a matter of hours, maybe a day, max. But we are in the age of digital media, the TMZ era, an era obsessed with sharing anything controversial; I use controversial here in the most liberal sense of the word.

Is this truly controversial? The law school came out and said that they felt it was in poor taste and that they gave permission for a jean advertisement, not underwear. I don’t exactly buy it, though. If Diesel is doing an advertising campaign, I think you can assume that any clothes they manufacture would be featured. If they didn’t want to run the risk of this happening, they shouldn’t have rented out the library. Brooklyn Law, like any business, rented out its library for a photo shoot – end of story.

If these pictures were taken at an undergraduate institution known for partying, I am sure they would not have received anything close to the wildfire currently burning uncontrollably on the Internet.

Do we hold law schools to a higher standard? Should we? Does this photo shoot really affect Brooklyn School of Law negatively?

Leave a comment. Let me know what you think.

A lawyer in training, entrepreneur, out of the box thinker, and simplifier of life’s issues, Jon Ivanco is passionate about social media and its effect on the legal profession. He maintains a blog that serves as a vehicle for his commentary on transitioning into professional life.