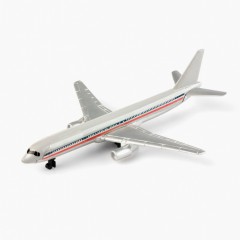 Unless you’ve been living under a rock somewhere this past week, you probably at the very least heard about – or at the very worst SAW – the earth-shatteringly inappropriate (even by MY standards!) US Airways tweet that rocked the Interwebs.

But just in case, let me back this baby up (oh, the innuendos this post will include!).

On Monday, US Airways received a complaint, via Twitter, about their service.

Now, I’m not American, but from some of the tweets and other comments, it seems that maybe they are a little lacking in the service arena.

What I can say though, is that their reply to this unsatisfied customer was a masterclass in messing with modern technology.

US Airways Ups the ‘Shock and Awe’ Ante

The tweet that was sent “inadvertently” contained a pornographic image for the record books.

No, really. I mean, not safe for work? HAHAHAHA! Right.

That picture wasn’t suitable for anything! If ever there was a need for a ‘no fly zone’, this was it.

Let’s just say that you would never look at your child’s model airplane the same way again.

As usual, when things like this happen, people didn’t disappoint, and their rapier wit abounded.

Smart, funny people are one of my favorite things, and I had a blast reading many of their comments.

And my all time favorite!!

According to the company, the image had been tweeted earlier to US Airways from a follower, and had been seen and flagged as offensive.

Also, according to the company, the link to the image somehow, through the noticing and the flagging, was “mistakenly” attached to their social media team’s response to the original complaint tweet.

I’m using quotes around ‘inadvertently’ and ‘mistakenly’ because there’s really no way of truly knowing.

The cynic in me would love to think it was ‘accidentally on purpose’ sent by a fed-up, frustrated, and tired social team member who had simply had enough of the non-stop complaints. Because it truly was an illustration of an “eff you” like none other.

But I digress. The point to my writing this is twofold, really.

First: To illustrate that this tweet/image was so eyeball-searingly BAD – that even the US Airways own high profile social media manager was, according to reports, flailing about trying to distance himself from it (way to support your team, dude).

Second: To give a standing ovation to the fact that US Airways chose NOT to fire the poor sap who quite possible had the worst day of his or her entire life.

A Trophy and a Gold Star!

I cheered when I read this. Not fired. Wow.

Last year The Home Depot fired their social media manager over an image that most of the planet deemed racist.

I still believe the poor sap who shared it didn’t have any clue or any historical context as to why it was so offensive. But, “should young people handle your social accounts” is a conversation for another time.

So, way to go, US Airways. High fives for recognizing that in today’s insanely fast, completely (for the most part) automated, digital marketing space, mistakes can happen.

Gold star for allowing your employee – who is, in fact, a human being – to have a chance to redeem themselves.

And a first place trophy to you for setting what I hope is the new standard for brands.

In the online space, mistakes happen. It doesn’t have to be the end of the world. You don’t have to immediately send the sacrificial lamb to the slaughter to cleanse your image and make amends.

And to other brands, I say this: The next time you experience an honest, human mistake on the Interwebs, remember, in the immortal words of Fantasy Island’s Herve Villechaize, “The plane!! The plane!!”

Then, take a step back and exhale. Because, perspective.