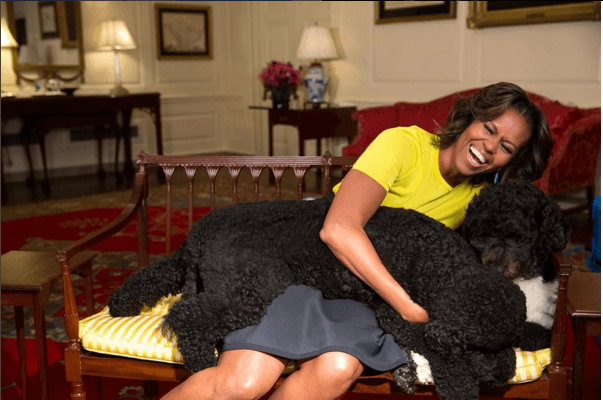 Let’s talk about politics, shall we?

Not the left wing or right wing type of politics.

Not the polarizing type of politics.

No, let’s talk about the way the White House is using digital media to allow people around the globe—and most particularly Americans—to connect to the government.

It’s a discussion about how this gigantic organization that has red tape galore is using social media to connect with its audiences…and what you can learn from it.

The White House has been on Facebook since May 2009, where they keep things fairly serious, though interesting, and provide a really good behind-the-scenes look at things most of us would never otherwise see in our lifetimes.

Sure, it’s POTUS so it’s more interesting to most Americans than, say, your CEO, but there is something to be learned here.

For instance, a full 12 hours before the state of the union address a little more than a week ago, they posted a preview video of the speech. 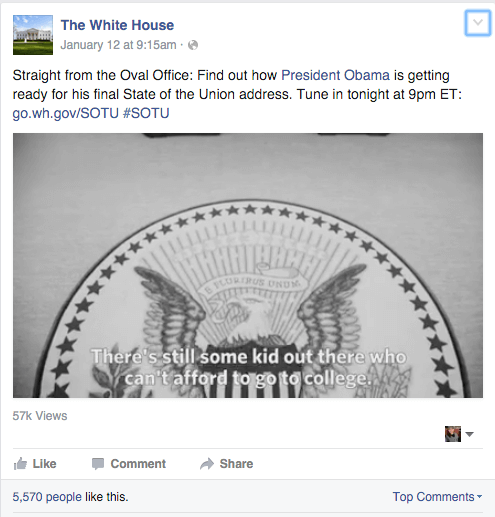 That was just the beginning, though. From there, they spent the day:

Of course, the White House has been on Twitter since 2009, but a POTUS account was launched last May where President Obama, himself, tweets.

Not very often, but he does tweet. This social media account will be passed to the next president.

But what’s more cool (in my humble opinion) is their use of Vine.

The First Lady had some fun with a turnip (which has been looped 50 million times) and there are lots of fun appearances from celebrities, dignitaries, and influencers.

Also check out what they’re doing in a Day in the Life. As silly as you might think that is, people who do business with you are really interested in what you do all day.

It’s what we shall call social media gold.

While the White House has been posting video to YouTube since President Obama took office, this is the first year you were able to stream the state of the union, on-demand, on Amazon Video.

The thing I love, love, love about this is they’ve noticed the trend of many of us who have cut the cord and are giving everyone access to the speech across all devices where it’s convenient for you.

They talk about how they are meeting each of us where we hang out and nothing demonstrates this better than the move to stream on-demand.

The Other Social Media

For a while (like many of us), they were fans of Google Hangouts.

They’ve hung out on Tumblr.

President Obama did one of the most popular Reddit AMAs ever (where he opened by saying, “Hey everyone, this is Barack” like it was your next door neighbor sitting down for a beer and a chat).

Both the White House and President Obama are on Medium.

And they just got on Snapchat last week.

They are pretty much everywhere giving everyone a glimpse through social media into what it’s like to hang out in the White House every day.

There are even Vine videos of my boyfriend, Joe Biden, taking phone calls in his office.

What You Can Learn

On Monday, while recording For Immediate Release with Shel Holtz, we talked with Laura Johnson who is the face behind the Dell Twitter account and Direct to Dell blog.

She talked about how they use behind-the-scenes material on the blog, as well as tell the part of the story the media missed or didn’t cover.

Sure, they both have large personality leaders—President Obama and Michael Dell—but think about how you can do the same with your executives.

This is where you should start! All of this is ripe for social media and for owned media.

I know, I know. Your executives want it to be all work and no play.

Point them to the White House and show how they mix the two. I promise you will engage far more prospects and customers this way.

People do business with people they like and trust. There is no better way to build that likability and trust than by showing them who you are as human beings.

Follow in the steps of the White House and have a little fun!