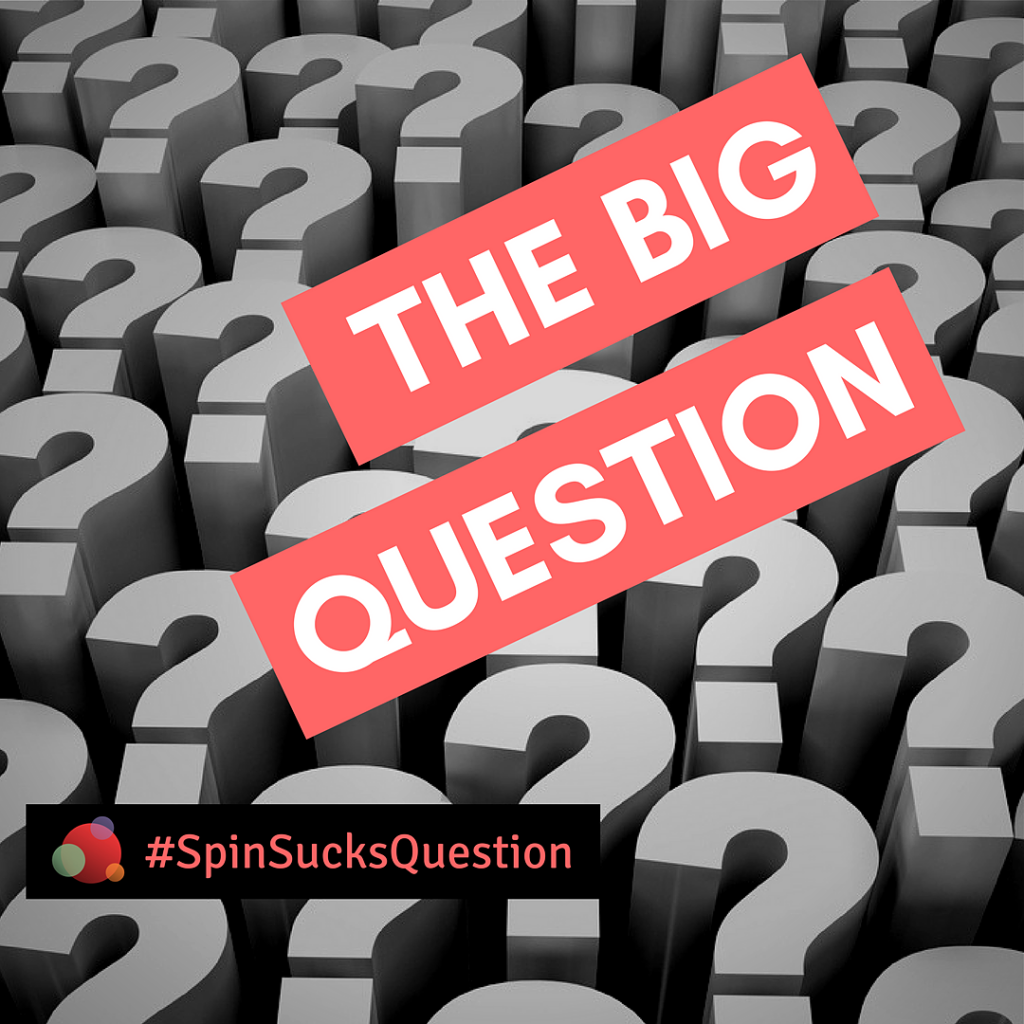 We all so love to give it.

Especially when it’s about something we don’t really know a heck of a lot about, but find interesting.

This is especially true of PR.

No sooner do you tell someone you work in PR for a living than they just can’t wait to tell you their secret tactic for PR success.

Which is almost always “create a viral video.”

As if it were that simple.

Since we all can use a laugh to end our week, for last week’s big question, we asked: What is the worst PR advice you’ve ever received?”

There’s No Such Thing as Bad Publicity

Many organizations have taken this to heart, clutching the myth of there being no such thing as bad publicity to their hearts.

As their reputation burns around them.

Every time someone says “any publicity is good publicity”, I want to stab my eyeballs out of my head. There’s lots of bad advice floating around, but THAT myth/advice is (insert best John Oliver voice) THE WORST. —Matt LaCasse

In the time before the Internet, perhaps there was a kernel of truth.

That after time passed, the name brand familiarity remained after the reason for it was forgotten.

But the Internet never forgets.

A brand’s missteps are easily collected through a simple google search.

Even deleted social media posts can have a life of their own if they are screenshotted and published by a popular media outlet.

Send at Least One News Release Per Month

It makes me crazy when I see “send one news release per month” as an objective in a PR plan.

That’s not an objective!

You need to have some news for anyone to care about your news release!

And, as Maggie Fitzgerald asserts, your latest revision to your product, when you push a new build every few weeks, does not merit a news release.

When developing a product launch plan, the sales team always said, ‘Just write a press release.’ Um, kind sir, no one cares about your new widget!! It’s about developing content that resonates with buyers.—Maggie Fitzgerald

There are so many other things you can do to amplify your product launch.

Collaborate with influencers on a virtual launch event.

But don’t send out a release and expect to see it get picked up if there isn’t any “there” there.

This isn’t PR advice, but a PR funny. We once had a client ask the EXACT time his press release would be distributed online so that he could “man the phones.” Bless his heart. Years later, we still text each other “Man the phones!” when a PR is about to go out. LOL —Tara Geissinger

This made me laugh out loud when I read it in our Slack community.

PR isn’t an immediate boost to your company’s bottom line.

It’s not direct marketing and shouldn’t be measured by a goal of immediate sales.

If you are ever asked to send a news release to boost your company’s sales, you need to push back.

Explain that if they are looking for a direct sales tactic, you can help them with a drip email campaign.

But putting out a news release isn’t going to accomplish that goal.

It is your job, as a communications professional, to pushback when you are given unrealistic goals for your PR tactics.

With so much to do on everyone’s plates, it can be tempting to dodge a complex media request.

But that “no comment” you respond with today may do long-lasting damage.

I didn’t receive this advice, but was copied on it. ‘Just tell them no.’ I must admit, that I then sent a message privately to the recipient giving them suggestions on how to build a relationship with the media outlet so that they could understand the regulatory environment rather than shutting the door. —Julia Carcamo

By taking the time to talk with a reporter and help them understand a complex industry issue, you can both build a relationship that has an ongoing benefit and help improve the accuracy and insight into reporting on your industry.

And on the flipside, how many times have you read a particularly biting story about a brand, gotten to the brand’s “no comment” at the end, and seen that as validation of the negative portrayal they didn’t respond to?

Unless your office is on fire, and I mean literally on fire, find a way to make time to talk to journalists who reach out to you.

The Next Big Question: What You Wish You’d Known

This brings us to this week’s Big Question: What is one thing you wish you knew about PR when you started your first PR job?

Let us know in the comments!