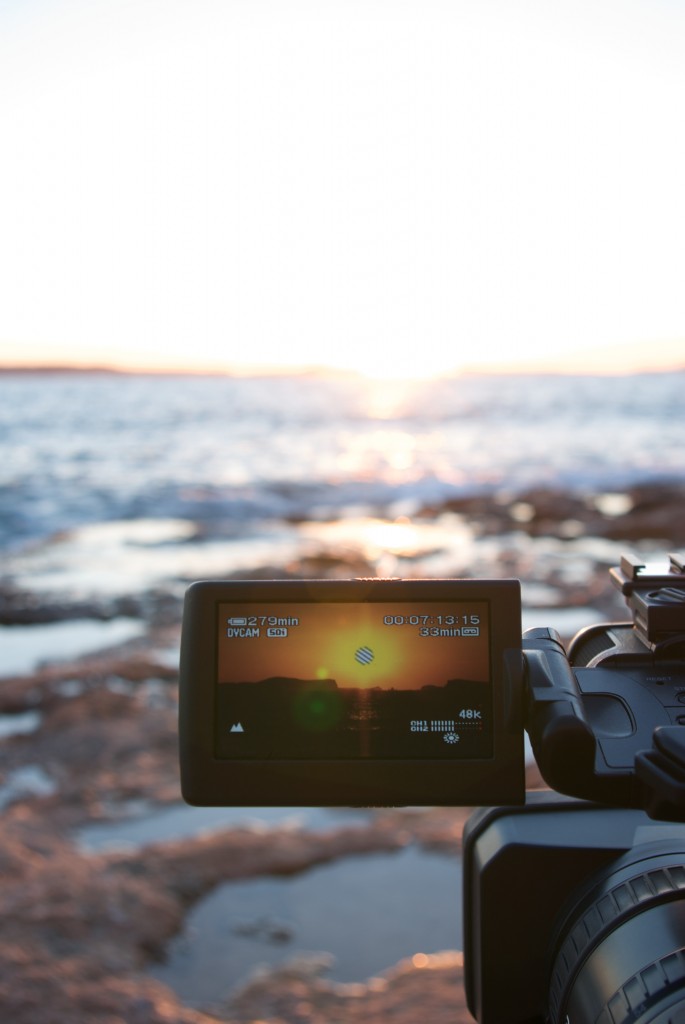 A company video hits the web.

Then, those people share it, and so on and so forth.

Next thing you know it’s getting millions of views.

I’m sure that just about every business leader would love a viral video.

You know what, though?

I’m not a fan of executives setting out with that sort of goal in mind.

As a video producer, I’ve been approached on several occasions by business owners and executives who were looking for someone to produce a viral video for them.

If only it were that easy.

The problem I have with viral videos is that I have very little control over whether or not a video goes viral.

I do have some control over earning viewers’ trust, but I’ll get to that later.

You can certainly brainstorm video ideas that might catch-hold of an audience.

You can even execute one of those ideas flawlessly, but there’s no guarantee people will watch and share it on a mass scale.

YouTube estimates 100 hours of video are uploaded to the site every minute.

How many of those videos go on to viral success?

I’d venture to say hardly any.

As a matter of fact, some say you have a better chance of winning the lottery.

Let’s say a business strikes gold and has a viral hit. It doesn’t necessarily mean they’ll profit from the success – and here lies another problem.

This past winter I attended an event and heard a speech by the marketing executive who helped create the Blentec awesome series, Will it blend?

He talked about how the videos have generated millions of dollars in sales, which is exactly what you’d expect.

On the other hand, take a look at the viral video for 2013 remake of the movie, Carrie.

Telekinetic Coffee Shop Surprise has over 55-million views on YouTube, but the movie has only earned an estimated $30-million according to IMBD.com.

The marketing video – a runaway hit.

The movie itself – a major box office flop.

This means that even if a company beats the odds and gets its millions of views, it still might not be enough make a profit if the product or service doesn’t live up to the hype.

All is not lost, though. Video marketing is alive and well, and it’s helping plenty of businesses reach their customers. Business leaders just need to get past the viral video dream and look at video in a more realistic way.

Video is one of the most effective content marketing tactics a company can employ.

Using an About Us video to tell the story of the business, producing a series on a product or service, promoting a corporate event… these are all highly shareable pieces of content.

More than half of social media users report sharing online video, and that number soars for anyone younger than 35.

Seventy-five percent of executives say they watch work-related online videos on a weekly basis and 65 percent say the have visited a vendor’s website after watching a video.

What corporate leaders need to do is make video part of their overall, long-term content marketing strategy.

And we all know that we buy from people we trust.

Feel free to shoot for a viral video, but manage your expectations. If you’re looking for a better bet, a long-term content strategy is the slow steady road to video success.