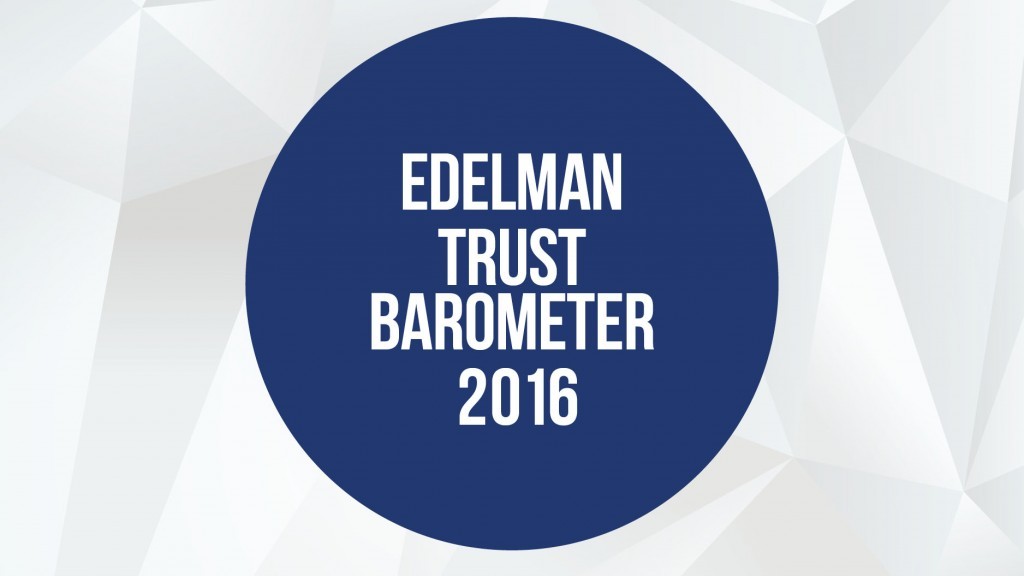 I’ve been thinking a lot about trust and, more specifically, building trust and what that takes.

You see, the community we have built here (during the course of seven years, mind you) is widely envied and is one of the reasons we are hired to work with organizations.

But, once we dig in with some clients, they want instant gratification.

They seem to think we have some sort of magic bullet that will help them bypass seven years of building trust and they’ll have overnight success.

Now, you know and I know that just isn’t the case. We both know, when you are building trust with human beings, it takes time.

A friend of mine insists that if she buys followers and email lists, she’ll be able to match the community here in much less time.

From a numbers perspective, she will. She’ll probably beat us.

But nothing will happen. She’ll have lots of fans and followers. She’ll email a huge list of addresses. And she’ll see no results.

But she insists she knows better than I do and is following that path.

It’s frustrating to watch and it’s infuriating to discuss with her.

That’s why I’ve sort of been obsessed with the data from this year’s Edelman Trust Barometer. I need something (clearly other than my experience) to back up my debates with her.

Earlier this week, I wrote a blog post about SaneBox (which I still want to marry).

The reason tools like this exist is because our inboxes are stuffed full with things we didn’t subscribe to, things we don’t want, and things we just don’t care about.

Add to that when your email address is purchased by a company like my friend’s and you are suddenly missing important emails in favor for things you simply don’t want.

This leads to distrust, which clearly is an issue.

The Trust Barometer not only only shows companies that are distrusted have lower sales, but that people very openly criticize them and do everything in their power to dissuade friends and family from buying from them.

And this doesn’t have to be just consumer businesses.

If you don’t like an organization, you will write a negative review about them anywhere, anytime…and allow the search engines to find it.

Now you’re not only telling friends and family that you hate them, but the entire world.

Search is the Most Trusted

The Trust Barometer shows search is the number one thing people now trust, which means we don’t need to personally know who wrote the review. 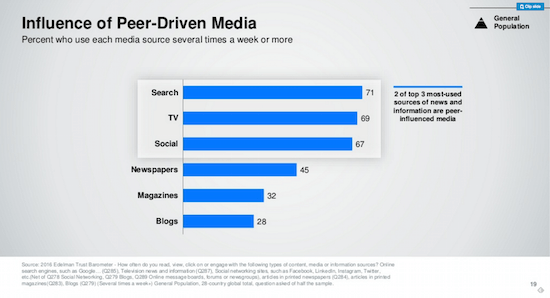 I have written only two bad reviews in my entire life.

One is for the restaurant around the corner that first asked my friends and I to leave the bar—on Mr. D.‘s birthday—because they needed the space for people who were going to eat dinner (even though we were drinking top-shelf cocktails) and then, two weeks later, served my in-laws moldy toast during brunch.

The second is for a construction company that bought my email address. I used to receive no less than two emails a day for them. I am not their target. I do not care. So I tried to do the nice thing and simply unsubscribe.

Then I emailed them and asked to be taken off their list.

Then I tried to mark them as spam…and I began to receive the twice-daily emails two times each.

It was so frustrating, I went to Google and then to Facebook to see if anyone had an idea for getting those emails out of my inbox.

I finally was able to send them to the BlackHole when I installed SaneBox, but this is easily two years in the making.

So I wrote a bad review on Google Places and it’s one of the first things that pops up when you search for this company.

Seventy-one percent of us trust what we find in search and, while I’m not saying my review costs this company money, I certainly am a thorn in their side.

So, imagine if you will, you’re my friend and you want to build a large community quickly.

You buy some fans and followers. You buy a couple of email lists.

Suddenly the size of your community is quite large.

And then you start pushing people to buy your wares.

You have an aggressive email campaign that says, “Buy my stuff!” every, single day.

You post on your social networks, “Buy my stuff!”

And no one buys.

Not only does no one buy, you begin to get unsubscribes by the masses and you’ve hit the limit your email software allows on spam notices.

Your account is shut down and you lose everything, including the small list of people who do want to hear from you.

What’s worse, people you have never worked with begin to write reviews on Yelp or Google Places or TripAdvisor or just on their own Facebook wall…and they’re not good.

Now, when your company name is searched, these bad reviews pop up and prospective customers are left with a bad taste in their mouths.

All because you didn’t want to take the necessary time—and it does take time—to build trust.

To build the kind of trust that leads to 68 percent of your community to buy from you and 59 percent to tell their friends and family.

Yes, it takes time, but wouldn’t you rather have that?