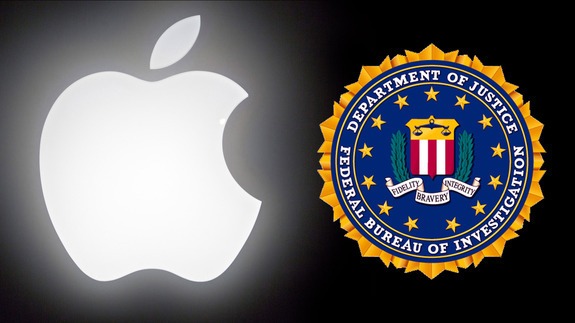 In 1762, philosopher Jean-Jacques Rousseau wrote Of the Social Contract, or Principles of Political Right, in which he theorized that individuals need to give up some right to privacy in order to establish a political community and civil society.

Of course, back then, there were no iPhones and data security issues went as far as the person who could get their hands on physical documents. As a society, we now put a lot of trust in the hands of the technology companies giving us the tools we use everyday. The issues addressed in the social contract has evolved since the days of the Enlightenment.

In the ongoing battle between the FBI and Apple, government’s argument is this: We must surrender a little bit of privacy if we want security. This seems simple enough. The problem is, it’s not. It can’t be that absolute, and it certainly can’t be a sweeping generalization.

In this case, the FBI isn’t just asking for a simple, one-time use tool.

The government suggests this tool could only be used once, on one phone. But that’s simply not true. Once created, the technique could be used over and over again, on any number of devices. In the physical world, it would be the equivalent of a master key, capable of opening hundreds of millions of locks — from restaurants and banks to stores and homes. No reasonable person would find that acceptable.

This issue isn’t as simple, nor is it a new conversation. In fact, a team of researchers published a paper last year titled “Keys Under Doormats,” which goes into detail about the insecurities created by mandating government access to all data and communications.

The Real Battle in the Public Arena

This case isn’t just about privacy versus security. It’s a public relations maneuver by the FBI, and Apple is in the middle of one of its biggest public relations battles. It’s not the first one, but it’s the first of its kind. In the past, Apple has been very calculating in the way it handles communication with the media.

They play hard to get.

Only a select few influential technology publications have access to early product reviews. Requests for comments and interviews vanished into a wasteland of “no comments” or rejection.

Because the FBI has taken this battle to the public arena, Apple is more outspoken than normal for them. It is rare, yes, but it’s not unprecedented. In 2010, Apple was faced with an outcry from consumers about the iPhone 4 antenna. It’s also dealt with public relations issues related to its supply chain.

According to Tim Bajarin, an analyst with Creative Strategies, the lesson Apple learned from these instances was,

If there is a public opinion that is negative, the way you deal with it is get out there with the information and the facts and begin getting the people to understand why they are doing it.

It boils down to transparency, and in this instance, Apple is making the right moves with the rare open letter from Tim Cook, and the multiple calls with journalist. They’re doing their part in educating the public, and defending their decision.

If you were to do a Google search about this right now, the leading stories wouldn’t be from Apple. It wouldn’t be social media posts from Apple executives. In fact, since the open letter, Apple has not made a single public announcement.

On the other side of the arena, neither has the FBI.

The conversation is now being led by the public and the media.

Has the decision of Apple to stay silent and let their customers speak up for them created positive sentiment?

Some would argue yes.

Of course, polls and surveys tell us the public is divided when it comes to this issue. There is no clear winner. Apple can’t simply fix an antenna and release an update to the software to win this PR battle.

How can Apple can get away with saying so little publicly in such a heated battle with legal implications? They’re letting their customers, other security experts, and the media lead the sentiment.

While there is only one company like Apple—and no other can get away with handling crisis communications at the same level—there are a few takeaways you can apply to your crisis model:

A version of this first appeared on the Zignal Labs blog, where I write twice each month.