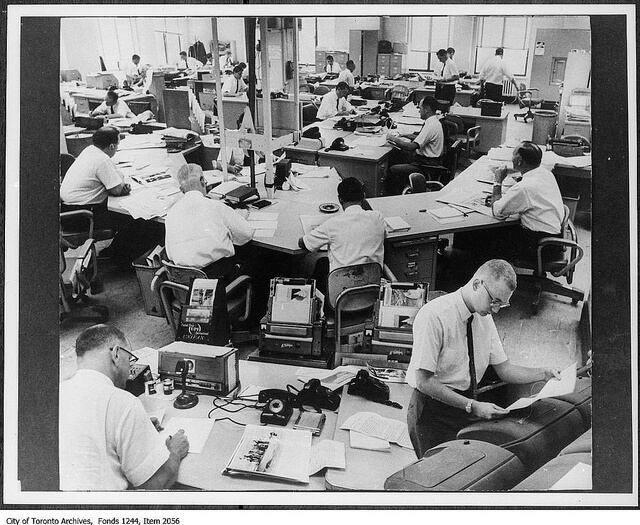 As I watched the events unfold in Ferguson, I really have two views.

One is as a former federal law enforcement officer who worked drug enforcement and immigration enforcement more than 20 years ago.

The other is as a former journalist who has covered shootings, riots, and more.

Some of the local journalists on the ground in Ferguson have reported different experiences with police than what we’re hearing.

I know why. And I’ll tell you in a minute.

A Crisis in Texas: Hurricane Dolly

I was editor and publisher of two newspapers that were closer to the edge of Dolly, but we still had a variety of issues when the storm hit.

High winds, flooding, a sea surge, a tornado spawning and hitting downtown, and a few other issues were right in our backyard.

At the time, I published my cell phone, my home phone, and my office phone in the paper.

Two pitches came in that I remember to this day.

At the height of the storm, my cell phone rings. It’s a PR guy from San Antonio, only about 120 miles away.

As he started his pitch, I said, “Wait a minute. Do you know where I am?”

He responded no. I told him I was sitting in the waste water treatment plant, the most secure building in the city, riding out a hurricane.

I hung up the phone.

Shortly after the winds subsided I get another call.

This time from a guy I know who helped local businesses with a little marketing. He wanted to know how one of his clients, a bar, could help out.

I told him I don’t know.

I’ll never forget what came out of his mouth.

“Well, let me tell you. We can help by getting you to publish a story that the bar is open and the beer is flowin’.”

We have a city where the roads are blocked, power lines are down, there is flooding all over the place, and a good chance the water supply is contaminated.

And he wants us to publish that his client has cold beer.

This is what I call “crisis thinking number one.”

Sometimes, stuff is going on and your client may still have a crisis.

A lot of businesses were closed and experiencing flooding after Hurricane Dolly, and there were myriad of crises going on. However, it was simply not the time to pitch us anything.

Yet people tried to pitch me, and I’d bet a pretty good steak dinner there are professionals trying to pitch local media in Ferguson right now.

Back to the Issues in Ferguson

The understatement of the year will be that it is a tense situation.

Until you’ve been there, it is very difficult to understand what it is like to be in a law enforcement capacity when tensions are high.

You are worried about getting hurt, you have to get control, and there are all these people that you don’t know running around doing who knows what.

I’m not condoning the detaining of reporters, but the reason the locals aren’t having the problem the other reporters are having is that they are a known commodity.

The cops know them.

The relationship that has existed for years is carrying into a true crisis.

And that isn’t the only relationship. Some of those local reporters have relationships with protesters and local families, perhaps even of Michael Brown.

When the national media loses interest and goes on about its business, leaving the locals to mop up the mess, I bet some pretty good reporting (including explanatory coverage) will be done locally.

What are your crisis relationships?

Here’s what I mean: As publisher, I made sure a group of people knew my home address, had my home and cell numbers, and my personal email address.

That group was the city manager, mayor, police and fire chiefs, head of public works, head of the schools, and the local owner or manager of the 10 largest advertisers with our paper.

Only one time in my career was that personal information used, and it was by a fire chief who called me at 2:30 in the morning to tell me an apartment complex was burning out of control.

Think about your client and the city where their headquarters is located.

And it’s a secret.

If you don’t have a relationship with the media, then no matter how forthright and honest you are, you will be seen as a spin doctor who is merely trying protect your client during a crisis.

However, if you have relationships in place, then you have a shot at a meaningful conversation with the reporter before he presses “publish.”

And that means you have a shot at getting the crisis under control.