It feels like we’re in a reality show called, “PR Pros Gone Rogue.”

(That’s actually not a bad idea for a show….hmmm…)

During the 2013 holidays, we had communicator, Justine Sacco, who tweeted: 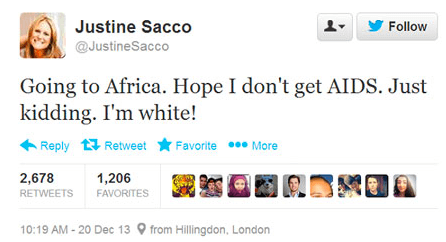 Of course, it didn’t stop there. She was on a plane for the good part of a day and landed to discover the social media mob had come after her and she’d been fired from her job with IAC.

How she handled herself next was astounding to me and not indicative of a communications professional: She deleted her Twitter account and went on the defensive.

In other news, just yesterday we talked about how a PR firm got client Mastercard in hot water by requiring journalists tweet and write stories about the company in exchange for attendance to the Brit Awards.

And today? Today we have another doozy.

Communicator of the Year Melts Down

The story goes, Kelly Blazek is an IABC communicator of the year. She also leads a job board for more than 7,300 marketers in Cleveland.

By all appearances, she’s good at her job, gives back to the community, and strives to match marketers and companies…for free.

Which is why what happened last week is kind of a mystery.

Diana Mekota, a 26-year-old planning to move to Cleveland this summer, contacted Blazek to network, build a relationship, and gain access to the job board.

She explained who she was, what she was looking for, and when she would be moving to town.

What came next will just make you shake your head. 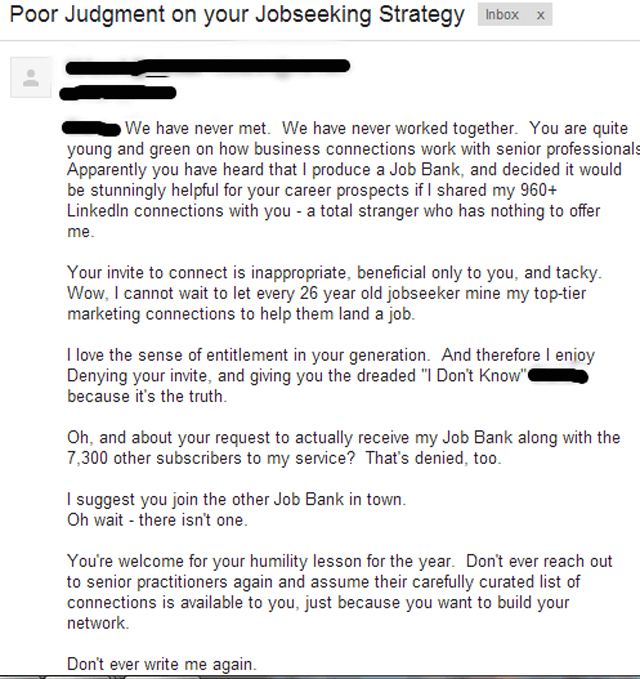 It’s Not a One-Time Offense

At first, I felt a little sorry for the woman.

The social media mob was out for blood (again) and it was everything she could do just to respond to all of the journalists, not to mention everyone coming at her with daggers on the social networks.

Everyone has a bad day. Perhaps she just had a lapse in judgement.

And then I learned this was the third time she’d sent an email of this fashion (that we know about).

The so-called House Mother of the Cleveland job market isn’t so motherly.

In her defense, she has since apologized personally to the three people she offended and has responded to most media requests. But she also has deleted all of her social networks, including the one she managed for the job board.

Used Against You in the Court of Public Opinion

So what would I recommend if this were a client, a friend, a family member, a colleague, or a peer?

My dad gave me my very first communications advice ever. He always told us, “Don’t ever put in writing what you don’t want used against you later.”

This is why it’s so important to practice the art of writing what we really think – to get it out of our system – and then delete it.

Because of this very blog, we get pitches all the time that are ludicrous. Sometimes they don’t have my name correct (some database somewhere has me listed as Danette). More often they pitch us stuff that makes zero sense for this blog.

And it’s frustrating. Particularly when you get out of a morning full of meetings and find 67 pitches from PR pros sitting in your inbox (not that, you know, it happened just yesterday).

Occasionally, particularly if I can tell the PR person is young, I’ll respond and explain why we’re not a good fit for their pitches and ask them to kindly remove me from their lists.

That tactic has built relationships with people I wouldn’t have otherwise taken the time to get to know.

But, as much as I sometimes want to say, “What the heck makes you think your tax day event is a good fit for Spin Sucks?”, I always refrain.

Communicators Have to Get it Right…Always

As communicators, we have a spotlight facing us.

We’re all going to make mistakes. We’re human beings, after all.

But what good is all this training if you melt down at the first sign of trouble for yourself?

Take a walk around the block. Walk away from your computer for a bit. Go for a bike ride. Even write what you really want to say, but for all things grand, don’t hit that send button!

But if you do hit that send or tweet button – and can blame a momentary blackout – let your training take over.

What would you advise you if you were your client?

If you can’t take the emotion out of it, ask your friends, colleagues, or peers to help.

Treat yourself like a crisis and you’ll manage through it.