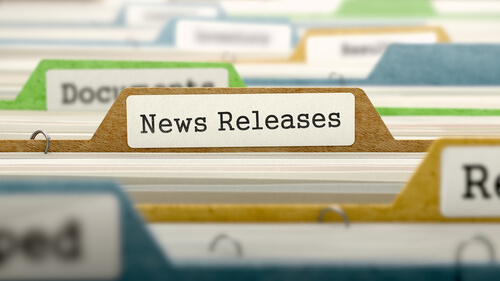 I agree, but not for the reasons he lays out.

Maybe the news release isn’t dying…but it’s not been very useful for a long time.

Of course, the concept of sending media professionals a summary or synopsis to propose a story idea is not dead, nor will it ever be as long as there are still reporters to pitch (but that’s a subject for another day.)

Let’s face it, that’s all the news release was ever supposed to be since its inception more than 100 years ago.

It’s a story pitch, and if our clients or bosses insist on calling it a news release, why waste energy in objecting?

A rose is a rose, right?

At the very least, we can separate the word ‘press’ from release and kill that.

News release is a much more accurate moniker given that most publishers no longer use a printing press (some never have).

So if people take comfort in issuing a news release to ease workflow, as Waddington suggests, so be it, as long as we understand the best way to pitch to story is not via a news release.

For as long as I’ve been working in agencies (a very long time indeed!), I’ve found the best way to get coverage is to pitch a reporter a story.

A one or two sentence story pitch is always much more helpful to a busy reporter who doesn’t have time to wade through two pages of corporate messages.

It might be by phone or email, but today it’s just as likely to take place via social media.

Yes, there are regulatory requirements for news releases, especially as they relate to the financial markets, but many regulators, such as the SEC, the FCA, and the CSI, have also issued social media guidelines.

So while newswire distribution is required for some kinds of news, for most updates there are significantly better choices.

Waddington points out that most news releases are posted to corporate websites as part of office politics.

This is true too, but this content is not, and never has been, intended for use by media professionals.

What About Distribution Services?

Referring to this fodder as a news release was always a misnomer.

His suggestion that news releases exist to feed the vendor market is an interesting chicken and egg concept.

Does the news release exist to feed distribution services, or vice versa?

Either way, even the newswires themselves recognize that relying on the lowly news release is a risky business.

They are reorganizing and realigning their core services away from news release distribution and are innovating content marketing services including origination, production, distribution, and analysis.

Volume and scale continue to drive news release distribution, according to Waddington.

He’s probably right, but this is the new spray and pray for the 21st Century—a tactic of last resort.

Skilled professionals know that such white noise is rarely heard by real humans, so what’s the point?

The News Release is Finished

He cites the CIPR State of Public Relations data, collected during a six-year period, which shows PR pros spend more time on media relations than any other activity.

This certainly isn’t the case for me or my agency.

I can count on my fingers the number of news releases I’ve issued in the past year.

Did we kill the news release?

No, but it’s finished. Over. Ineffective.