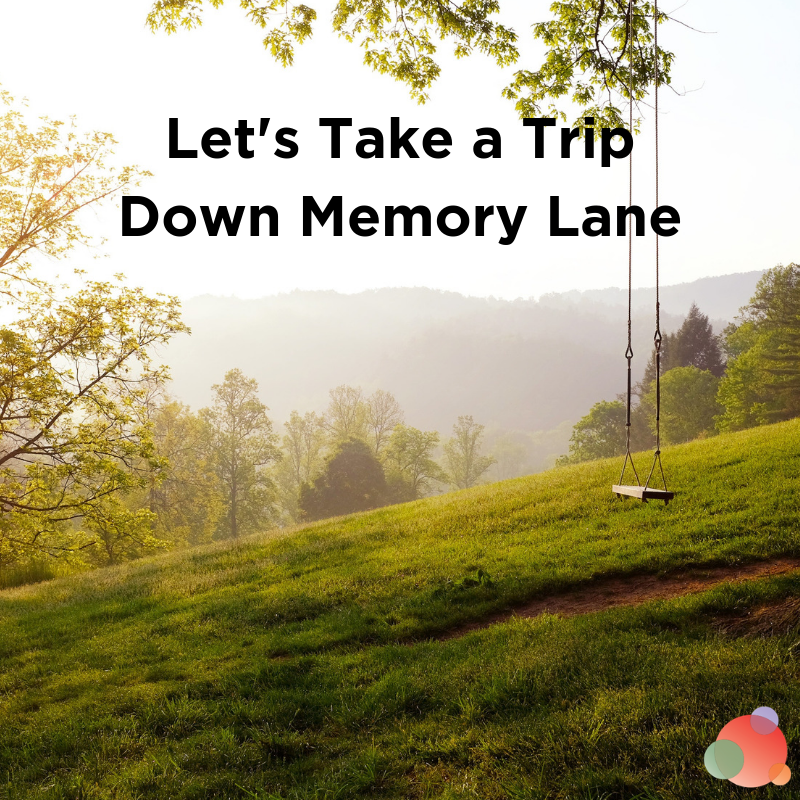 Since our one year podcast anniversary a couple of weeks ago, I’ve been feeling a bit nostalgic.

Hitting a milestone always makes you think of other milestones you’ve had…and Spin Sucks, the blog has been running for a long time…we’re coming up on 13 years this September!

It’s when people film their reactions to something, and one of the BEST examples is when people reacting to their early content.

I can speak from experience: it’s absolutely cringe-inducing. And sometimes educational. And heartwarming. They can be really fun.

Now, I’m not about to film myself as I read some of my very first content, but I DO want to revisit where Spin Sucks has been—and what’s changed in the last 13 years.

Let’s start the Delorean (I totally just aged myself, didn’t I?), and go back 10 years.

One of the first things I noticed while I was clicking around some of the oldest content on the site was how few images we were using back then!

It’s almost kind of shocking, considering how much time and energy we put into them now.

It was, shall we say, a more minimalist approach, but most certainly no one would have pinned or grammed them.

But I guess because neither Pinterest nor Instagram were around 10 years ago, it wasn’t much of a concern.

Ten years ago, most of the posts on the site were by Arment Dietrich rather than me, or another actual human with a profile photo.

They also were largely in response to things going on in the world.

This was done because it was meant to be an agency blog so we thought the content had to be created by the agency.

That’s so funny to think about today, but that’s why we did that.

We also didn’t make the decision to split Spin Sucks from the agency until a few years later…once we figured out that people read people, not logos.

So Young. So Naive.

One of those articles is about how much people were starting to share on Twitter and Facebook—and a heartfelt consideration of what amount of personal information was too much. We were so young. So naive.

I ended that article with:

Once you’ve posted something, it’s out there for the world to see.

The pendulum has swung from being worried about sharing to sharing everything and now back to worrying about privacy again.

I know my own social media habits have changed drastically since then.

I used to have a goal of tweeting 100 new people every week.

Every Saturday morning, I’d lie in bed and attempt to reach that goal.

And I used Facebook as my personal stand-up testing ground.

But privacy got far more important to me with life changes, including my little beanpole arriving.

And there was that time a guy saw me check in on Foursquare and waited for me outside a movie theater.

Alright, let’s move a little forward into the future, to a notable event in Spin Sucks history—the very first Gin and Topics, which was published on February 8, 2011.

We were looking for something fun to create on Fridays, both to give your brains a break and to give me something easy to curate into content once a week.

We held a contest to name it—it was called something super clever like “The Five Videos of the Week” before we held the contest.

A reader came up with Gin (my name, get it, Gin, Gini, Gin) and Topics.

The latter left it open to be able to do more than just videos.

And so it was born.

In the first ever edition of a loooong running feature, I talked about Groupon, Google One Pass, community management, and Net Neutrality.

Throughout the years, Gin and Topics has been where I share the interesting things that don’t really fit anywhere else.

My very favorite of all time is probably tight pants with Jimmy Fallon and Will Ferrell.

I feel like there should be a day every year that it’s required to re-watch that video.

The best part of Gin and Topics for me, though, was it forced me to watch videos.

I’m not a video person, but I had to watch them so I could write funny quips to go along with them.

And my life and my heart got much fuller.

We retired Gin and Topics at the start of April and though I don’t miss all the time it took to curate and watch videos and then pull it all together, I do miss being forced to make time to watch the week’s funniest videos.

Now let’s take a look at what we were doing five years ago.

First, I am VERY happy to report we had personal articles, profile images, and actual pictures on the blog.

One thing I remember from the mid-aught-teens was that webinars were huge.

There were SO many webinars.

We gave them, we hosted them, we had guests on them, we spent a ton of time on them.

We recommended our clients use them to drive qualified inbound leads.

Every company on earth seemed to be doing them.

Complete With the Launch of the PESO Model

Broadly, the PR industry was getting a little more sophisticated in how it used the internet—better metrics, more tools, and automation was becoming available.

It was an exciting time, but what was happening with Spin Sucks?

At the beginning of 2014, I declared that my priorities for the year were focusing on a huge financial goal for the company, and getting good at teaching my team how to lead teams of their own.

Only just this year have my direct reports started to build their own teams.

We launched the PESO model.

I can’t believe it’s only been five years—the PESO model has traveled far and been useful to hundreds of organizations.

I wish I had had some grand strategic plan when it came to the PESO model, but the truth is that we were using it internally with our clients and I wanted to use it as an example of an integrated communications model in Spin Sucks, the book.

To do that, we had to name it and we had to have it visually created.

And so it was born.

If I’d known it was going to take the industry by storm, I probably would have put more thought into its introduction.

We didn’t even consider copyrighting it until we saw all the replicas, without credit, in Google searches.

So now that PESO is in existence, let’s fast forward again to this time last year.

We had more than just a blog and a book—we also launched this podcast.

In June of last year, two of our big topics were metrics and scaling.

We’re STILL into metrics and scaling (that will probably never change), but it was something we explored deeply last year.

We launched Close More Clients, which is our online program that teaches and coaches agency owners through marketing and selling their intellectual property as passive income.

So we really began to practice what we preach.

Growth and scaling have been our biggest priorities since then.

We were also doing a considerable amount of “is it still a thing?” last summer: blogging, email marketing, and commenting on other people’s content.

It’s always a good move to evaluate the strategies you’re using, and the assumptions you make about them.

Even when something feels a little passe or out of touch, there could be a strong case to continue doing it, or some element of it as you move on to bigger and better things.

And that reminds me!

We have 499 pages of blog posts on the site, with 10 articles per page.

Not too shabby, if I do say so myself.

Thanks for taking a trip down memory lane with me!

I hope you enjoyed it as much as I did, thought I am still baffled as to why we never thought to use images in anything at the start.

What are your content-related skeletons in your closet?

Photo by Ryan Parker on Unsplash