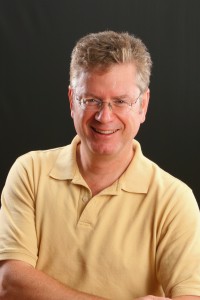 When is a news release an advertisement?

For most of us in public relations, the answer is “never.”

But a court case that just wrapped up in California might require us to think otherwise, as Gini Dietrich’s post and a spirited comment stream on 31 October outlines.

Cingular Wireless (Now AT&T Mobility) came up with a great hook for its press release about its MACH 1 and MACH 2 command centers, and how speedily they responded to natural disasters.

“Nearly 60 years ago, the legendary test pilot Chuck Yeager broke the sound barrier and achieved Mach 1. Today, Cingular is breaking another kind of barrier with our MACH 1 and MACH 2 mobile command centers, which will enable us to respond rapidly to hurricanes and minimize their impact on our customers.”

Yeager sued, claiming Cingular appropriated his name for commercial purposes without his consent, and following a number of appeals from both sides, a jury awarded $135,000 in damages to Yeager in June 2012. AT&T appealed to the U.S. District Court, Eastern District, California, and lost.

This is a big deal for anyone pursuing a public relations, social media, or content marketing strategy.

I’m no lawyer, but I’ve learned enough about some of the law surrounding our profession to weigh in. Yeager is on firm foundation for the claim Cingular used his name – the PR guy for them testified he wanted people to associate AT&T products with the famed general.

That’s not allowed in advertising, reaching all the back to a New York court decision in 1902, Roberson v. Rochester Folding Box Co. That case set the foundation for just about every celebrity lawsuit for purloining someone’s fame for advertising. It established “appropriation” – taking someone’s image, voice, or characteristics without permission in a commercial setting.

So, already, Cingular/AT&T is on shaky ground. But the heart of the matter concerns more recent decisions, including, most importantly, a U.S. Supreme Court decision from 1983, Bolger v Youngs Drugs. In Bolger, the court set a three-part test to determine what was or was not commercial speech, differentiating it from individual speech regarding the First Amendment.

Bolger said the speaker must have a financial interest in sending out the speech, the speech must contain the name of a product, and – here’s the vital part – the speech must be “conceded” to be an advertisement. The most recent complete brief for the Yeager/AT&T case is from 2011, but it outlines the AT&T strategy in defending itself.

AT&T relies on Bolger, and their claim is the judge in the case made an error in applying it. AT&T introduced testimony and case law saying the news release wasn’t an advertisement, it was news. They mentioned all the news outlets that picked it up, and brought testimony that supported that claim.

That decision, upheld on appeals ever since, rejected the reading of Bolger, in essence knocking the legs from under their defense. If a news release is advertising, anecdotes, metaphors, illustrative stories from history all become subject to ad law preventing appropriation.

Two other items add to my unease. First, Nike quite famously lost a case (in the same District court) in 2002, when the court found media relations activity focused on presenting the company as a responsible corporate citizen was deceptive advertising.

The California Supreme Court upheld the district, and the U.S. high court wound up declining to hear the appeal from Nike. Kasky v Nike created the concept that corporate social responsibility might be interpreted as false advertising if there were aspects of company behavior that were contrary to the image they desired to create.

This was at the peak of the Nike Asian sweatshop imbroglio. California’s court held that the news releases and media outreach were the same as advertising.

In 2009, the U.S. Federal Trade Commission enacted new rules for bloggers, requiring disclosures when they’re paid to write about a company and generally interpreting even peer endorsement of products and services as subject to advertising law. I wrote a paper for my grad class in advertising/public relations law on this very topic.

There is a theme developing here of the government making PR, social media, and advertising equivalent. Ironically, there’s a strong contingent of people in our profession who already believe it to be so. But, if they ARE the same, we’re all going to have to follow the rather restrictive rules that the government has set out. Heck, I might be in trouble for having mentioned Gen. Yeager in this post.

I don’t know about you, but I don’t happen to have an advertising lawyer on my crack staff. But I might need to get one.

Sean Williams is the owner since 2009 of Communication AMMO, Inc., which helps organizations plan and execute communications effectively and measure the results. He also is an adjunct professor of public relations at Kent State University, and has created graduate classes in PR measurement/ROI and social media measurement for Kent and another university.