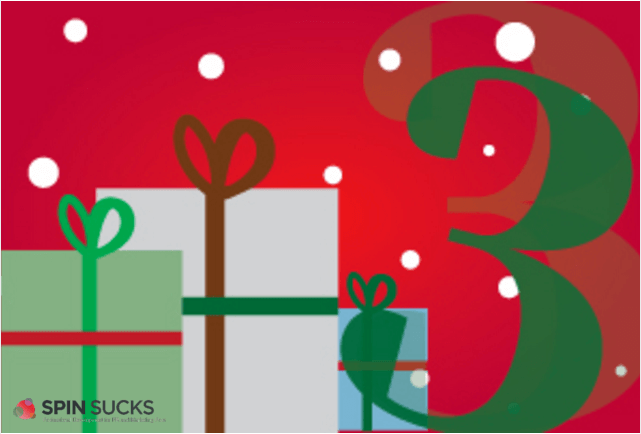 On the third day of Christmas, Spin Sucks gave to you…..three productivity tools, two secrets to being part of the Spin Sucks Crazies, and the one PR tool you need for 2016.

That’s right, boys and girls! It’s the third day of Christmas and we have productivity tools to help you jumpstart your 2016.

As many of you know, we are a virtual organization, which means we have to use technology in our favor not only to get things done, but to stay connected with one another. This also means we test, test, and test some more until we find something that sticks.

If it’s a tool meant to make you more productive, you can pretty much guarantee we’ve tried it.

But nothing has stuck like the following three productivity tools.

Three Productivity Tools to Jumpstart Your 2016

Now it’s your turn. What are the productivity tools you can’t live without?