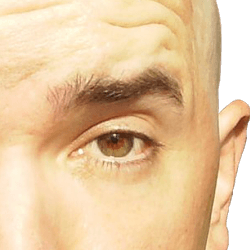 ‘Everyone knows’ content marketing is now the primary method of communicating with the public.

Everything an organization, business leader, celebrity, athlete, or political figure has to say about themselves or anything else can be boiled down to 140 characters, right?

Tweets and Facebook posts are now regal declarations – the absolute truth, recorded for posterity to be criticized, repeated, and submitted as evidence should anybody doubt what was said.

So where does that leave the humble news release?

Is the News Release Dead?

Brian Halligan, CEO of Hubspot, asked the larger question “Is PR Dead?” in 2009. And in the comments, we see a long line of answers (see? statements recorded for posterity) from people who agreed or disagreed with the premise.

But I’m talking about the news release, alone. I’ve been seeing a lot of them that have seemed to morph from the traditional news release form (Headline, Subhead, Dateline, Subject, Quote, Quote, Company Description, Contact) into something more like this blog post, cleverly designed to trick people into reading it.

Like blog posts and infographics, these releases are then used as the baseline for social campaigns and other forms of outreach, as part of a trend called Content PR. But there are reasons that releases and articles for content marketing are different.

But are reporters still sitting there at the city desk waiting for a fax or checking Reuters and AP on their organization’s intranet ? No. They’re using Google and Twitter like the rest of us.

So why do we continue to insist on the traditional news release?

Besides these reasons above, it is still the centerpiece of any media relations campaign. If you’re practicing sound media relations, journalists will continue to view it as paramount when trying to extrapolate a company’s viewpoint. And that’s why we are still writing them.

Tom Bishop is director of marketing and communications at KnowledgeVision Systems in Lincoln, Mass. He is an experienced marketing professional focused on brand strategy, content marketing, social media, campaign management, market segmentation, research and data analysis, and business development. He brings a great deal of experience in start-up companies that are positioned for rapid growth.