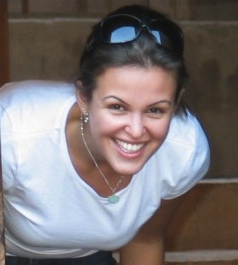 My experience as an entrepreneur in Dubai was largely affected by two factors.

First, I am half-Egyptian, half-English which means I am often discounted by both cultures.

Secondly, the company I built with John Falchetto was one of the most male-dominated businesses out there; we provided safety and rescue training for government and corporations.

As you can imagine, there was nothing glamorous about working in the safety industry. In short, we gave people the tools to, hopefully, not kill themselves. Pitching for new business often entailed showing pictures of site disasters and tragedies.

They couldn’t fathom that could be me. I wish I could say the prejudice came from people who didn’t know better. But I can’t: They were often from the U.S., U.K., Europe, or the rest of the so-called equal opportunity world.

Our clients ranged from police rescue departments to construction companies to multi-national corporations. When I went with John to meet with the police, I’d be offered tea and asked to wait in the reception whilst the “men talked business.” I always respected the clarity in the relationship because I understood their culture, and I chose my battles. This is one I wouldn’t win. 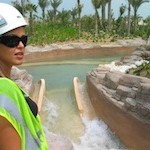 Surprisingly, being a woman and doing business with the multi-nationals might have been the greatest challenge. In this environment, meetings were a disease. The boardroom fascination was a way many justified their jobs. I’d get raised eyebrows when I arrived alone for a meeting with six people. Where was the rest of my team? Where, more importantly, was the man?

Male clients would often request to speak to “my boss,” of course meaning, “the man,” only to be shocked when I reminded them that the “boss” was actually me.

And it wasn’t any easier working with female clients. Often, they were more intent on speaking to “the man” than my male clients. They would attempt to bully me to get what they wanted. There were times when an issue could be easily resolved by phone or email yet they would summon me to their offices, keeping the subject of the meeting ambiguous. They assumed that if I gave them face time, I would change my mind.

Educating them was a challenge. When all else failed I’d just fire the client. Sometimes life is too short to work with a client who is painful.

Working as a female entrepreneur in the male-dominated Middle East taught me the importance of being true to myself. Remember, being a woman is not a disadvantage.

My advice? I have four tips:

Have you worked in a male-dominated environment? What would you add?

Ameena Falchetto is a recovering marketing manager from a multi-national in Dubai and a serial entrepreneur currently living in the South of France. She works with people who want to grow their businesses abroad and has just launched her personal site. She also writes about the challenges of being a new mother abroad on her blog MummyinProvence.