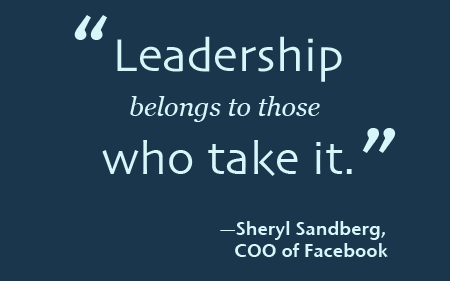 I love men. I love them as role models, mentors, and friends. I have four brothers (and one sister) so I relate very well to men.

Beginning in childhood, I’ve learned a lot from boys (not men yet). I learned from my brothers how to climb trees and change the oil in my car. I learned how to stick up for myself and how to get what I wanted. I learned that “do you want to go with me?” meant, “I’d rather hang out with you than your brothers” and what that does to sibling rivalry.

As I entered the work force, I learned from men how biting my fingernails undermined my intelligence, how to present ideas in logical and unemotional ways, and how to think critically under fire.

And, as I’ve grown my business, I’ve learned from men how my personality best leads, how to ask for what I want, and how to put a real value on my expertise without apology.

As proven in last week’s Gin and Topics, I also have the sense of humor of an eighth-grade boy.

I love men…and I love women.

Some might even say I’m a feminist (though I don’t attach that label to myself).

I love how far women have come, but it’s also very frustrating to see how much further we have to go.

Women have a significant place in this world.

According to Why Women Should Lead Boldly, there are several studies that show how well organizations do with women at the helm.

But we have one problem facing us: We have an innate need to be liked, which has serious and long-lasting implications.

When Facebook COO Sheryl Sandberg gave a TED talk in 2010, one of the issues she talked about—and later expounded on in her 2011 commencement speech at Barnard—was likability.

It also became the platform for which she positioned her book, “Lean In,” and how women need to do a better job of taking control of our own destinies.

The book, of course, has been met with mixed reviews (I personally happened to love it), but the point here is she is right about likability and how, even though we have a deep knowledge of this double standard, we still insist on being liked, even if it means it’s detrimental to our success.

Earlier this year, while at a conference reception, I talked to a group of friends about being Internet famous versus making money…and which one each of us preferred.

Though the majority of us preferred to make money, those who preferred to be Internet famous related it to being very much like women having this innate need to be liked.

We have a client who loves to tease me about being opinionated (me??!?). I think they secretly hired us so they can sit with popcorn and watch me make their board members squirm.

I’ve tested using phrases such as “I think” in meetings. It turns out women react better to that phrase than men. They see you as less competitive to them, while men perceive you as less authoritative.

I’ve also tested talking about our success in those meetings, which is super uncomfortable, but here is what I’ve learned: Women can’t stand it and think I’m a horrible person, where men can’t wait to hire a firm that has one of the best PR blogs in the world, according to Forbes.

This comes from a friend who told me a mutual acquaintance told him she thought I was snotty and arrogant because I mentioned that very article in a meeting earlier this week.

Should we want people to like us and do what we can to conform to that…or should we talk about our successes and risk being called a <not nice word>?

But women? We adjust our behavior to be likable.

And, if I’m completely honest with myself, it really bothers me that woman thinks I’m snotty and arrogant because I said Forbes just named us one of the best PR blogs in the world…because I DO want to be liked.

We do care what others think about us and that gives us less power in the boardroom and in our personal lives.

In a world where we want the top jobs and equal pay and equal rights, we have to stop playing a supporting role in our own lives.

By wanting to be liked, we are more concerned with what others think about us than with doing the very best job, even if it’s not popular.

Sure, some of this requires a pretty big culture change, but that change can begin with each of us.

But to the point about making money or being Internet famous, would you rather be liked or be successful?