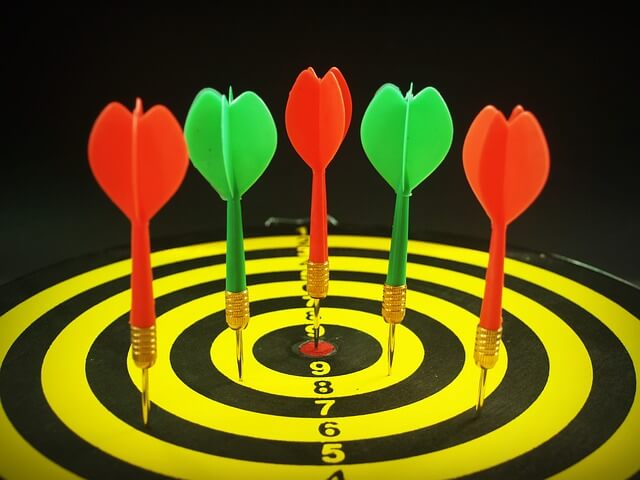 Remember when the New Year came along a few months ago?

We wrote down out business goals for 2017 and felt like the world was our oyster.

This was the year we were finally going to X, X, and even X

Maybe you did all the above.

You were going to tackle this year like the freaking rockstar you knew you were.

And then January 2nd came.

It all came crashing down.

You fell back into the same habits.

Got wrapped up in the constant demands of life.

And found yourself saying each week, “I’ll start that next week.”

Then all the sudden first quarter went by.

And now we are halfway through the year and your goals are still sitting there.

Waiting for you to tackle them.

Well, my friends, May is officially “National Recommitment Month.”

Which should be a somewhat comforting reminder you are not alone.

It’s easy for our goals to sit sadly on the sidelines as we just try to deal with this thing called life.

There is a reason the term “adulting” is so popular right now.

It’s uncomfortable and almost never plays out in a straight success trajectory.

But you have two choices:

For those who are ready for the former, let’s join the trend this month and recommit.

You still have six (and change) months to make 2017 count.

Why You Can’t Make Progress

There are a lot of possible reasons why you just can’t ever seem to make salient progress on your business goals—or any, for that matter.

(Are you still trying to lose that last 10 pounds or start an exercise routine?)

For the most part, they can be grouped into four main buckets:

Often they work together, one contributes to the next.

Recommitment to your goals is pointless if you don’t first remove the obstacles which prevent you from achieving them.

Today your goal should be to figure out what those obstacles are.

Why You Aren’t as Productive as You Could Be

Productivity is an art and a science.

And I’ve found there is a fine line between actually being productive and wasting a lot of time trying to figure out how to be productive.

Regardless, it’s something every professional struggles to optimize.

Let’s face it, we only have a certain amount of time in the day, so we need to learn how to maximize it.

The great news is, we live in a world busting at the seams with productivity tools.

The secret is to find tools that integrate seamlessly into how you work vs. create more distractions to prevent you from work.

That can be more difficult than you think.

Beyond tools, there are a ton of tried and tested techniques to help you create individualized productivity plans .

The secret is to find what works for you and breaking your old, less-productive habits.

Break Your Habits and Regain Control of Your Life

In general, I think we highly underestimate the control habits have over our lives.

Every day we make a series of choices, some conscious, so as a direct result of habits.

So often people believe they are stuck in a situation or circumstance, but the reality is they keep themselves stuck by habits.

Habits they can choose to change.

In general, we highly underestimate the control habits have over our lives.

Every day we make a series of choices, some conscious, some as a direct result of habits.

So often people believe they are stuck in a situation or circumstance, but the reality is they keep themselves stuck by habits.

Habits they can choose to change.

The first step here is to identify the habits that keep you trapped.

Most likely you have several, you don’t even recognize as habits.

Instead, you just make assumptions, “That’s the way things are,” or “I have no other choice.”

But whether you are aware or not, they prevent you from achieving your business goals.

A good place to start is to identify “keystone” habits, habits that set off a chain reaction for other habits.

When you identify these, you’ll normally be able to work forward and backward to see what habits are preventing you from making progress.

P.S. I’m about to start The Power of Habit soon by Charles Duhigg.

Would love to have any of you join me for a little book club!

You Have Time for What You Prioritize

This one is simple, and a good reminder when you catch yourself saying “I just don’t have time.”

The truth of life is YOU DO HAVE TIME for our business goals.

You have time for every single thing you prioritize.

If you find yourself frustrated about not having time to do what you want to do, then step back and look at what you do spend time on.

Out of habit or choice, those areas you gift your time to ARE your priorities.

If you want to have time to pursue your goals, you need to reprioritize things so you can.

You don’t need a time machine to make more time for you, you just need priorities that reflect your business goals.

Fear of failure is a huge one.

And the worst part is we are often in complete denial about it.

Often the fear of failure is the underlying problem which causes us to waste time, hold on to bad habits, and not prioritize our lives around our goals?

We are so afraid of failure it’s more comfortable to self-sabotage.

That way, if we fail, it’s not because we failed, it’s because of all the obstacles (we put) in our way.

In order to succeed, we must realign our perspective on failure.

After all, if you never fail you just aren’t pushing your limits far enough.

Have a plan to deal with failure, let go of excuses, change your bad habits, prioritize your goals…..and let’s dominate the rest of 2017.