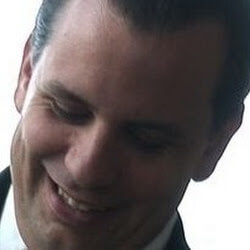 In my 15 years of living in New York City, I’ve seen just this time and again.

In days gone by, this statement applied to actors, dancers, singers.

While it still holds for that crowd, it now applies to coders and tech geeks.

So much so that our city has a chief digital officer – Rachel Haot – who recently announced a city-wide initiative to ‘reinvent the pay phone.’

As a bit of background, I personally have been plugged into the New York startup scene for the last 7 years with my involvement with the New York Tech Meetup – the original of all of the world’s Meetup events! – groups such as The Hatchery, Ultralight Startups and a healthy number of other relationships I’ve developed during that time.

As valuable as my own opinion might be on this matter, I thought I would turn to some of the experts in the arena.

There are some 300 to 500 funded startups in New York City right now – this does not include the surrounding areas such as Hoboken or Long Island.  The health of the space seems solid. This is the same part of the world that’s given us Foursquare, Livestream, and Boxee and loads of other lesser-known, but valuable brands and services. Some of these startups are products, services, technology, and more. Some of them are working out of their own space and some are working in co-working spaces.

When I think of co-working, I think of Tony Baciagalupo. He launched one of the first co-working spaces in New York City about six summers ago in a bar on Manhattan’s Punk Rock Avenue – St. Mark’s Place.

While that space is long gone, his concept has lived on and migrated from a few areas of town, finally settling at New Work City. Tony is the co-founder and Mayor of New Work City.

When I asked him about trends in 2013, he said, “Crowdfunding is going to continue to transform finance as we know it. With the JOBS act coming into effect, it will be less about donating to a nifty project you like and more about investing in an organization you want to support for the long run.”

The crowdfunding concept is something that intrigues most people. I’ve seen it used to support all sorts of programs from startups to film production and other projects.

Tony adds, “(Crowdfunding should) lead to healthier, more robust things being built on the support of people who share a common set of values. I hope that gives us an opportunity to challenge what it means to be a shareholder. So many of our economy’s troubles can be traced back to the fact our system currently only measures success in terms of financial profit, while failing to take into account the many other types of capital at play. When a company must maximize financial return to investors at all other costs, bad things happen, sometimes in a really, really big way. If, through crowdfunding, we have a chance to rethink what it means to be an investor in something, we have a chance to redefine profit in some really interesting ways. People are investing millions, right now, in projects on Kickstarter and IndieGogo and others, not because they want to get more money back, but because they believe in what the people they’re supporting are trying to do.”

As far as specific technologies coming to the fore in NYC Tech, VaynerMedia‘s Phil Toronto sees no specific app development, instead we’re likely to see a slew of Snapchat, Facebook, and Poke copycats.

According to Robert Handel, VP of IT staffing solutions at Forrest Solutions Group, AdTech and mobile are the big things happening in New York.

At a recent NYTM, I saw two of the six presentations featuring mobile solutions – Pling and Backspaces. Backspaces is probably my favorite of the lot. This is an app that allows you to blog, add photos, and separate photos with text attached to the images and share those posts to your networks, but it’s also a network unto itself. Look for them to do big things.

One of the points I asked these men about is the state of funding for these startups. I also spoke with an attorney who gets hired by startups to establish their intellectual property, finalize business agreements, and counsel them on everything in between. He told me he’s seeing more acquisitions these days rather than IPOs. I think Tony’s point around crowdfunding speaks to this, but as Rob Handel says, “I think there’s more time being spent looking at business model and monetization strategies than late 90’s early 2000’s, but money is available and valuations are high.”

I asked Phil if there were any particular segments to watch. He had a one-phrase reply, “social video.”

I think he may be right, but that remains to be seen – pun intended.

From what I’ve seen in NY Tech, I think we’re headed in the right direction. It really is a matter of “if you build it, they will come.” And if you build it right, the money will follow.

The city is behind these efforts, the people will come to New York for all of the imaginable reasons – the money is here, media is here and, well, it’s New York City, after all.

As they say, if you can make it here…

Editors’s note: If you’re interested in submitting a post on the state of the startup scene in your city, email LBell(at)armentdietrich(dot)com.

Andre Archimbaud is a seasoned media professional. As he says, “‘I’ve bought it, sold it, produced it, written it, filmed it…!” Andre spent the first 10 years of his career in hard news working for CBS News, The Christian Science Monitor’s Monitor Radio, NPR, and more. In the last 10 years he’s worked for independent film studios, CBS Radio, Yahoo!, JL Media & ReachLocal. He studied music production at Emerson College and hosts a weekly’ish music podcast called ‘New York Standard’ – playing Duke Ellington, Count Basie, and Ella Fitzgerald. He’s also a creative writer and his work can be found at www.arshimbo.com. Married to his college sweetheart, they live in Manhattan with three cats.