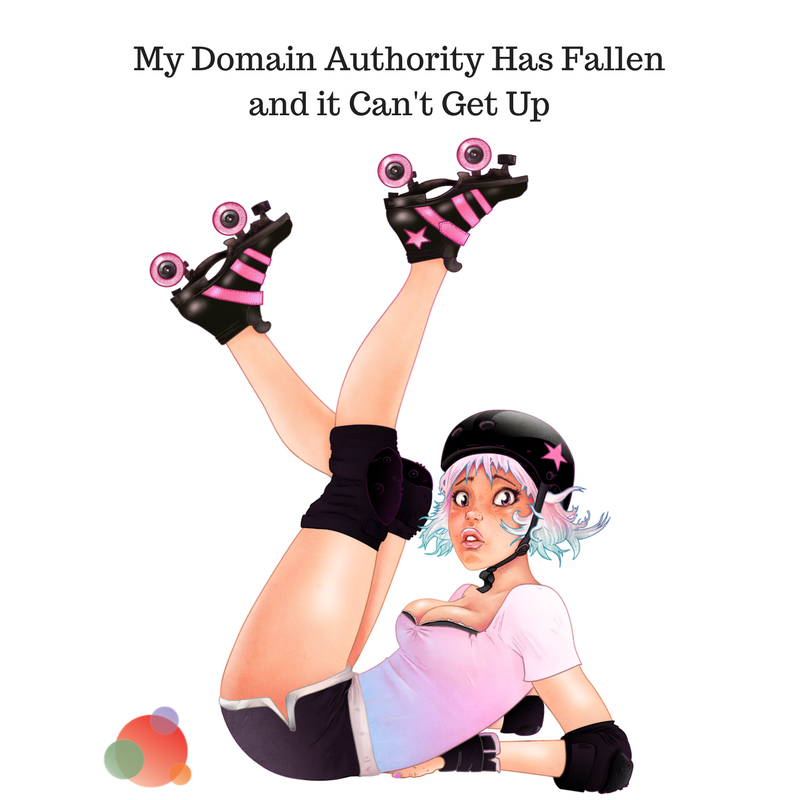 The other day, a client sent me a panicked email.

His domain authority had decreased and he couldn’t figure out why.

Sure, a decrease is panic-inducing—I do it, too.

But it happens to everyone…and it typically happens to all of us at the same time.

This simply means Google is re-calibrating (which they do hundreds of thousands of times) and either you’ll bounce back up or everyone will stay at the new level.

Let’s talk about why these fluctuations occur, why you most definitely should not panic, and how to know when it’s something more than Google re-calibrating.

Why Does My Domain Authority Fluctuate?

It’s totally normal for your domain authority to fluctuate.

While we certainly want it to continually increase—and we all work hard to provide the most relevant content to make that happen—we oftentimes will see a drop.

Whether that change is positive or negative depends on which sites get crawled and what has changed on the web (such as a Google algorithm shift).

If you drop a couple of points, it’s nothing to worry about, particularly if your competition also dropped.

If you’re not tracking your competition’s domain authority, start on that now.

That will help you not panic when there is a drop.

If you are doing that—and you’re consistently producing new content—you won’t typically see a drop when no one else does.

If, however, your domain authority does decrease while your competition increases, it may be time to panic.

A decrease in domain authority while your competition continues to rise could mean a few things:

But if your domain authority decreases by a point or two when no one else does, it’s smart to keep an eye on things for the next 30 days.

If the trend continues, then it’s time to dig in and figure out what’s going on.

How Do I Fix Issues?

Earlier this year, I sat down with our web team to figure out why our domain authority had stabilized.

It wasn’t dropping, but it wasn’t increasing, either.

We opened an SEMRush account ($99/month) and we got to work.

Here is what we found:

We also did an audit of our Google Analytics and found numerous issues that were easily fixed.

The moral of the story is: Do not panic!

Fluctuations are OK—and it’s great to pay attention to your ranking.

Also pay attention to the rankings of your competition so you know whether or not to freak out.

And make sure you track fluctuations month-over-month, not by day or week.

If your domain authority decreases when no one else does—and it stays there for more than three months—it’s time to do some extra work.

While tools such as SEMRush do cost some out-of-pocket dollars, it’s far less expensive than having to do all that work manually.

What questions do you have?

How to Maintain Winning Marketing During Economic Adversity