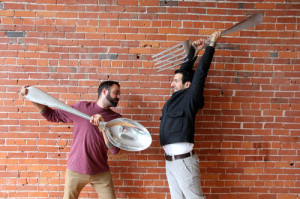 A little more than three years ago, we announced we are no longer a PR firm.

What that means externally is, when prospects call and say they’re looking for a PR firm, if all they want is media relations, we now have a business model that doesn’t support that kind of “strategy.”

But, internally, it was a huge shift. Before we formally announced it, we spent most of 2008 testing new strategies, campaigns, and ideas with our more sophisticated clients. We created processes and metrics to measure and developed ways to sell new things.

In 2009, I spent time with my team, coaching and mentoring them to gauge potential and determine where we still needed talent.

But I knew, before we wrote it on this blog and before we fired our resistant clients and before we did 2010 planning with our current clients, I had to have total buy-in from my team.

Throughout the second half of 2008 and first half of 2009, I got them comfortable with the new direction, I talked about how I thought the PR industry was about to be up-ended, and I incentivized based on new and different thinking, particularly around ways to move beyond media relations, events, and project management.

Then we had a full-day planning meeting toward the end of 2009 and I gave everyone the choice: Stay and make this switch with us or I’ll use my network to help you find another job.

More than half our staff quit. Not immediately, but in the months leading up to the January 2010 announcement.

To say I was shocked is putting it mildly. I already had a mental list of who I thought would quit, but there were a handful of people I didn’t expect. You know what those people told me as they left?

Every, single one said, “I think you’re wrong and I want to go somewhere where I already know how to do my job.”

We’ve Always Done it this Way

Likewise, as Geoff Livingston and I were writing Marketing in the Round, people told us time and time again their biggest issue was with the silo between sales and marketing or communications.

Most organizations are either built around sales (and they say marketing, but it’s rarely true) or around manufacturing.

Which means sales doesn’t do more than treat marketing like a glorified Kinko’s or the organization is successful in spite of no formal sales or marketing.

I remember sitting in a sales meeting with a client a couple of years ago. The sales team is extremely successful: The lowest paid guy makes $500,000 in commissions.

We were there to introduce a new lead generation program to help them prospect online.

You know what they said to me? We still make cold calls. This won’t work.

As I began to probe, I learned, while they still made cold calls, no one answers their phones.

I didn’t say much more in that meeting, but continued to dig for that kind of information. I knew if we could show them how to prospect in a way that would get a response, they’d give up their cold calling and our program would have a chance to succeed.

Today we generate between 90 and 100 qualified leads for them every month (may seem small to some, but this is a multi-million dollar, once every 10 years, purchase) through their website.

Now their vice president of sales has to bribe them to get on the phone.

Buy-in from Your Sales Team

These two examples popped into my brain when John Trader commented on How Communicators Should Work with Difficult Executives.

He said, “I’d really like to see an additional post written on your thoughts about what it takes to get difficult employees, specifically sales men and women, to buy into the use of content and social tools as a means to add to the bottom line. It’s an issue I’ve been struggling with for quite some time.”

In the first example, in my own stinking business, I was not successful. If I had been, the handful of people who I wasn’t expecting to quit wouldn’t have.

In the second example, we were successful.

We listened to the sales guy’s concerns about why it wouldn’t work and, rather than forcing them to do it our way to see how it went, we brought them along slowly.

When I heard, “We still make cold calls,” I didn’t stop probing there. I kept asking questions until I got to, “We make them, but no one answers their phone.”

So we created a very basic intro program that showed them, if the content is right and the message is targeted, people will respond to emails.

Fast forward to today and we get daily emails from those guys who looked at us cross-eyed during that initial meeting exclaiming, “The white paper got me a lead and they’re going to buy a $6 million part!”

It’s frustrating. I know it is. You know how well the things you are doing can – and do – work. But people are not going to change unless you show them the benefit.

Find out where they have the most resistance and work against that. People don’t answer their phones? Help them find another way to reach their prospects that garners a response.