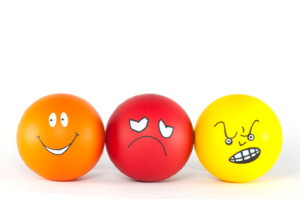 The other day we were talking about Elon Musk in the comments here and Brad Marley asked, “How do we deal with difficult executives?”

This is hard for me because I am an executive so I have an advantage many don’t: Other business leaders see me as a peer, which gives me some leeway in counseling them to do something new, different, and scary.

That said, there are lots of times we have to gain consensus and approvals from the leaders of our client’s organizations and sometimes that isn’t easy.

Often times you’re trying to convince them they not only should have open, honest, and transparent communications, but it’s a complete mind shift from what they learned in business school and how they’ve run their organizations for years.

There are a few things that speak to difficult executives when you want them to take a risk: Money, proof, buy-in from his or her executive team, and what the competitors are or are not doing.

Let’s start with the competitors.

When I spoke to the Central Ohio PRSA chapter last fall, a young man came up to me afterwards and told me he’d really like to get his organization to do things differently, but he didn’t know how to make the case.

We talked about doing some competitive and market research. I asked him if he knew, off the top of his head, what their competitors were doing on the web. He didn’t know.

That’s your first step. Maybe you did a competitive analysis when you began your job or took on a new client. But one thing is certain: Things have changed, even if you did it just a month ago.

Keep the research open and go back and add to it at least monthly. This will help you build the case to say either, “XYZ competitor is doing this and they’re leaving us in the dust” or “No one in our industry is doing this, but it works with these companies so I’d like to try this so we can gain the leadership advantage.”

Which leads us to proof.

One of the best ways to gain their consensus is to show them what the companies they admire are doing.

We work with an organization that has the vision to become one of the best companies of our generation.

That means we review what companies such as GE, Boeing, Lockheed Martin, and Apple do and provide them with thinking on changes they can make to achieve that same status.

GE is one of my favorites because they use Instagram and Tumblr and Vine in really creative ways to showcase some of their innovation. But the cool thing they do? They’re not doing it for the people who buy airplane engines. They’re doing it for you and me because they want to go down in the history books as one of the great companies of our time.

This gives us great fodder for our client in changing how they approach communications.

Many leaders want to know they have consensus and buy-in from their executive team.

Which means you have some work to do before you can approach the corner office.

Show them the competitive and market research you’ve pulled together. Give them the industry or admirable company proof. Get their buy-in.

In some cases, this may mean they’ll take credit for the work you did. If that’s the case, start looking for a new job.

But also know, if your idea is worth stealing, you didn’t win the battle, but you’ve won the war.

And the last thing is money. Money talks for everyone and difficult executives are no exception.

During your market and competitive research, you’ll find new ways to make money. If you can present a new revenue stream while you’re gaining buy-in, you’ll win every time.

Think about things such as content created from your intellectual property you can sell, professional development for the industry, a new product or service, or even getting your executives on the paid speaking circuit because of the unique thinking they have to offer.

A super smart client emailed me the other day and said, “The growing distance in thought leadership between us and our competitors makes me wonder if we actually have new competitors?”