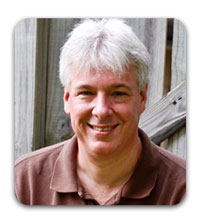 What do you think when you hear Spike’s Salon & Spa?

Joe’s Garage says one thing, but what about Fifi’s Garage?

The name of your business is important.

It says a lot about you, and it can convey all sorts of information: From what you do to who you are, and what your mindset is as well.

The name of your business is often one of the first components in an overall branding strategy, but there’s a lot more to your name than meets the eye.

You can’t always just go with the obvious or what may have worked for others in the past.

There was a time when your business name was purely utilitarian.

Back on the prairie we had Oleson’s Mercantile and Walnut Grove Feed and Seed. Those names told you just about everything you needed to know: What they did, who owned it, and/or where it was located.

The Game of the Name

Then along came the Yellow Pages, an alphabetical directory of businesses by category. In an effort to “get found” first, businesses changed their names to get better placement. If Bentley Plumbing was first on the list, you could be American Plumbing: First alphabetically, with bonus points for being ‘Merican, doggoneitall! But then along came AAA Plumbing, quickly followed by AAAA Plumbing, and things just got silly from there.

We’re Not in Kansas Anymore

Now we have the Internet and this thing called Google. You need to take this into consideration when naming your business, because this is where people are going to find you.

As you consider your online presence and search engine optimization, the name you choose for your business can be crucial in determining whether or not you get found. Your name can’t just be the first thing you come up with, or even the most obvious name. You need to think it out a bit.

I have a musician friend who used to be in a band with a rather generic one-word name. A common, everyday word. If you wanted to find her music and Googled just the name of the band, they wouldn’t come up in the first 100 listings, let alone the first 100 pages.

For example, bands such as Kansas, Boston, and Chicago are named after places. We know them and their music. And because they each had a large body of pre-Internet work, you can Google them and find them. But suppose they were brand new bands. Do you think Googling any of those names would help you find them and their music? Probably not.

Another musician friend had to change his own last name by one letter as he became more famous, because Googling his real last name ended up delivering all sorts of…er…let’s just say unsavory content. Go ahead, Google away. See if you can figure that one out!

Let Me Google that For You

As you choose a name for your business, try Googling prospective names to see what happens. There was a time when SEO folks would tell you to go back to the prairie and be explicit in termsof what you do: Joe’s Plumbing.

But just try searching for that on either Google and Facebook and see what happens. Same with location. Name your business Chicago Plumbing and you’ll collide head on with the SEO work of every other plumber in the city.

A few tips on naming your business:

Take your business name seriously. Don’t pick a name without first considering how it will play online.

Ken Mueller is the owner of Inkling Media, a social media marketing and communications consultancy in Lancaster, Pa. He can often be found working from his porch with his dog Shadow. And he rocks. (Editor’s note: Don’t tell him we said so, but we think he rocks, too.)